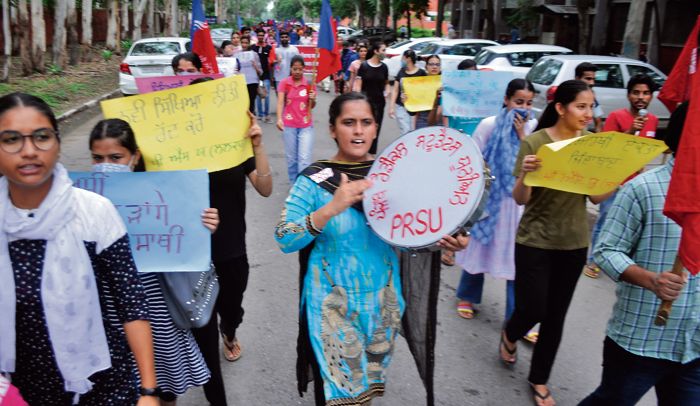 Students of Punjabi University today held a protest while demanding online semester exams. Recently, the university had issued a circular, which stated that exams would be held through offline mode.

Officials on the campus said although the circular had been revoked by the university, new guidelines for conducting exams were still awaited.

They said the university held classes through online mode and wanted to conduct exams offline. Classes of many departments were not held properly while those of colleges were not held at all, said student leaders Sandeep Kaur and Shrishti.

“Many students will not be able to perform well in their exams due to which the university will end up collecting re-evaluation fees in lakhs,” they added.

The university authorities, who came to the protest site, said a decision regarding exams would be taken at a meeting tomorrow and classes for the upcoming semester would be held through offline mode as demanded by students. — TNS