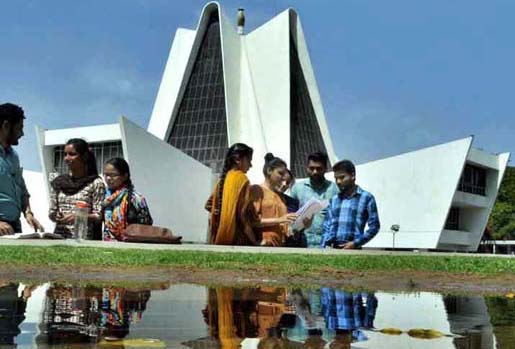 Punjabi University here has decided to keep a number of courses being run at its centres of Rampura Phul, Bathinda and Mohali in abeyance from the upcoming academic year.

Punjabi University here has decided to keep a number of courses being run at its centres of Rampura Phul, Bathinda and Mohali in abeyance from the upcoming academic year. In fact, the university has decided to stop admission to all courses being run at the Rampura Phul campus. The move is aimed at curtailing the university’s expenditure incurred due to a negligible number of admissions. The university will also shift teachers from the respective centres to its 14 constituent colleges.

In decisions that were finalised by the university during a meeting organised today, it decided to take steps to curtail extra expenditure. This is after its campuses reported low enrolments for various courses every year but huge expenditure on the salaries and other facilities.

The university has now decided to keep the BTech course being run at the College of Engineering and Management, Punjabi University Neighbourhood Campus, Rampura Phul, in abeyance. As such, the university will not admit students to the BTech regular and lateral entry (Electronics and Communication Engineering, Computer Science and Engineering) courses from the coming session.

Dr Sandhu said: “The university has also formulated the modalities of providing the Rampura Phul campus to the Punjab Government to run an ITI on rent. The modalities to utilise our facilities, including classes, labs and other facilities, on rent have been prepared and sent to the state government. The final decision will be implemented in accordance with the state government’s approval.”