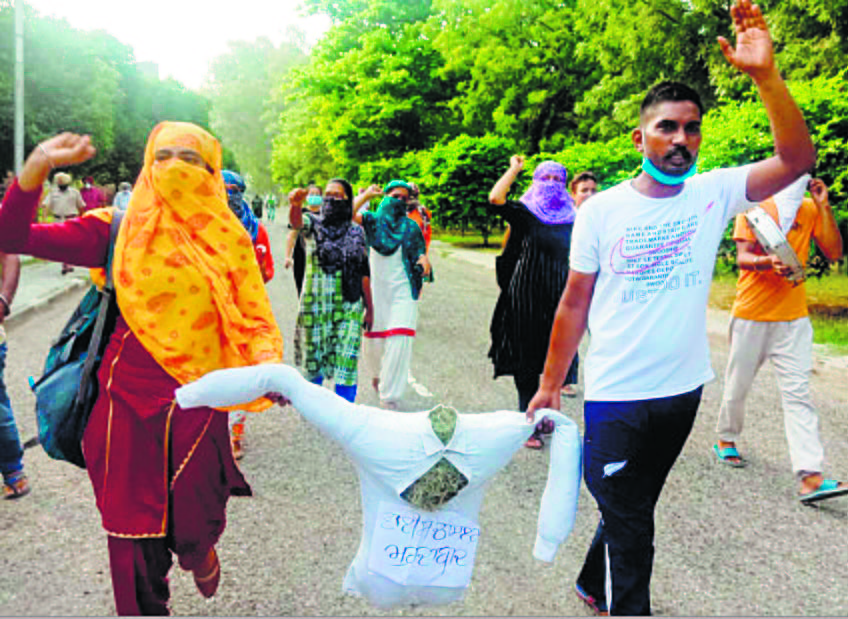 Punjabi University students hold a protest near the residence of the Vice-Chancellor in Patiala on Friday. Tribune photo: Rajesh Sachar

Students of the MCA course, protesting after repeatedly failing in a particular paper since 2017, entered into a tussle with security personnel when they forcefully tried to enter the Vice-Chancellor’s residence today.

Students along with activists of Democratic Students’ Organisation carried an effigy of the VC and raised slogans against university functionaries. When students climbed gates to enter VC’s residence security personnel stopped them. Officials also called women security personnel as most protesters were girls.

Later, the university authorities held a meeting with students, which was going on till the filing of this report. Vice-Chancellor (VC) BS Ghuman was not available for his comments. — TNS