Rain leaves many areas of Patiala waterlogged : The Tribune India 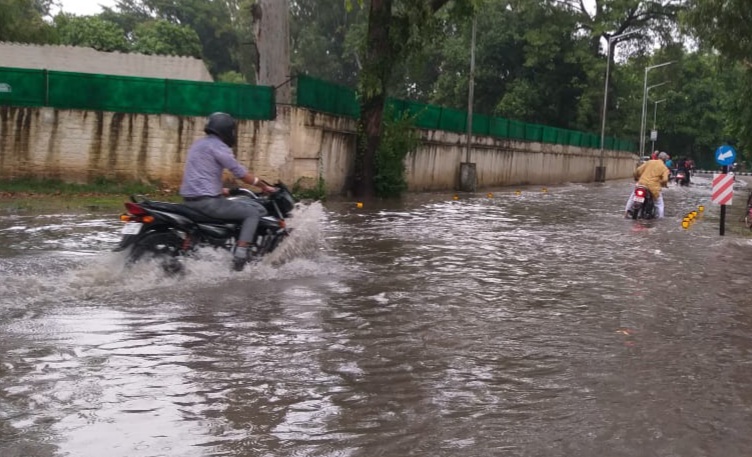 The city was left inundated after sudden showers lashed the city this evening.

The sudden downpour left various areas, including the bus stand, Leela Bhawan area, the road adjoining Mata Kaushalaya Hospital and Model Town, waterlogged. In fact, parts of roads in the Model Town area became inaccessible due to waterlogging while influx of vehicles in the Leela Bhawan area led to bottlenecks. Rainwater entered and damaged a number of vehicles.

Residents questioned the efficacy of the sewerage in the wake of a dairy shifting project that has been lying in a limbo. They said, “The dairy waste dumped in sewer lines blocks the rainwater and sewage flow of the entire city. The government has failed to shift dairy farmers to locations outside the city despite having spent huge funds on development of a site for the purpose.”

Officials at the Municipal Corporation said they had already written to the state government, demanding swift action in order to shift the dairy farmers out of the city.