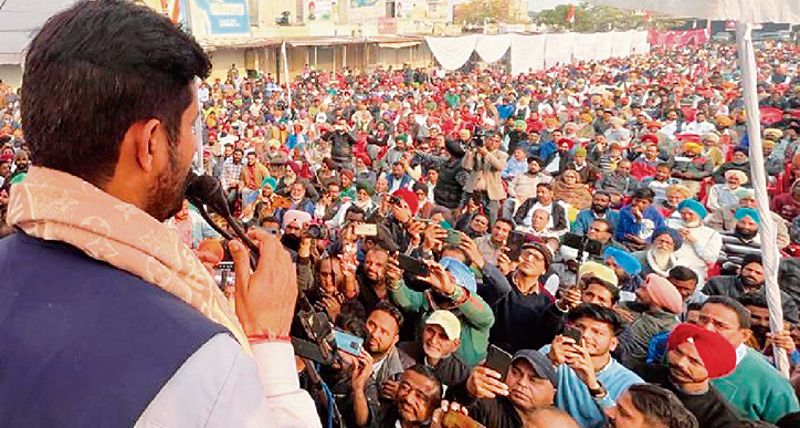 Slamming SAD president Sukhbir Singh Badal for threatening him (Warring) after he took action against his (Badal) private buses, Raja said: “Like CM, I also come from a simple family. After I impounded his buses, he (Sukhbir) started threatening me.”

Warring said that Chief Minister Charanjit Singh Channi had been taking historical decisions that would benefit every member of the society. Samana Congress MLA Kaka Rajinder Singh was also present at the occasion.

Earlier in the day, Raja Warring visited Nabha town in Patiala district to lay the foundation stone of a new modern bus stand. Warring, who was accompanied by local Congress MLA Sadhu Singh Dharamsot, claimed that he had successfully been winding up the transport mafia in the state. Consequent upon that the daily income of the state transports buses— PRTC and Punbus— had already been seeing a rise, he said.