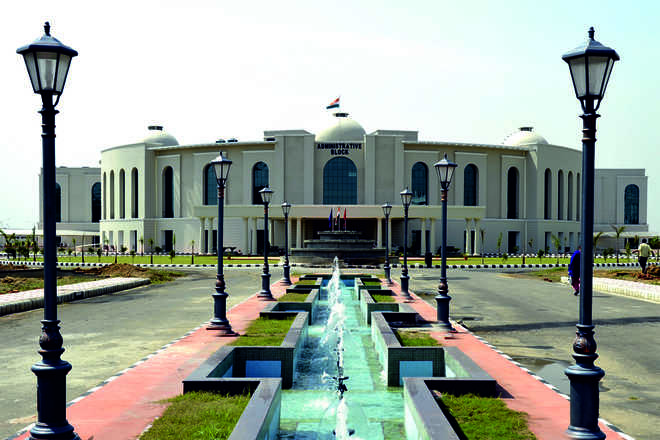 Rajiv Gandhi National University of Law (RGNUL) here is set to get a new Vice-Chancellor.

The other two names will be nominated by the UGC Chairman and RGNUL Chancellor.

Members of the executive council said the name of the NALSAR VC was finalised.

The RGNUL will get a new VC after 10 years of Dr Jaswal’s tenure. He was first appointed in January 2011 and later given a five-year extension on orders of then RGNUL Chancellor and acting Chief Justice of Punjab and Haryana High Court Justice SJ Vazifdar from February 7, 2016.

According to the RGNUL Act section 22, sub-section 5, the term of office of the Vice-Chancellor shall be five years from the date on which he enters upon his office, or until he attains the age of 70 years.

The VC is eligible for reappointment for further terms till the age of 70.

The act also mentions that the Chancellor may require the Vice-Chancellor to continue in office after his term has expired “but such period shall not exceed in any case the period of one year”.