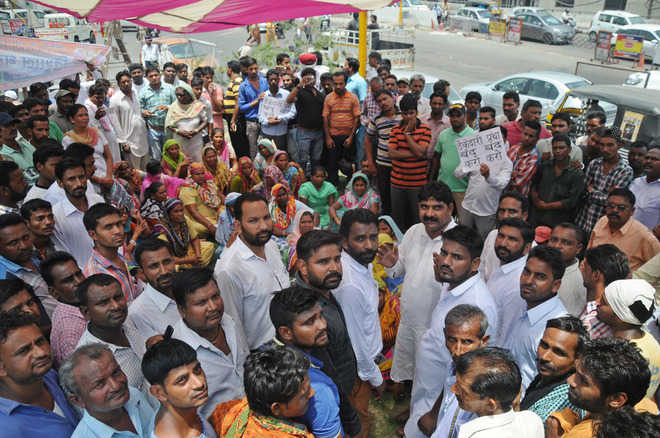 Residents of various areas in the city are facing problems as safai karamcharis of the Municipal Corporation (MC), who have been protesting for regularisation of services and other demands since May 31, have stopped their work.

Sunil, one of the MC workers, said, “Since May 13, we have been protesting for our demands throughout Punjab. In Patiala, over 400 workers associated with Safai Sewak Union Punjab have stopped doing their assigned tasks since May 31.”

Municipal Corporation workers said, “We are protesting for regularisation of services. We want the government to end the contractual system in the state. All outsourced employees should be regularised.” “We have submitted memorandums of our demands to the administration and at the office of Local Bodies Minister. We also want that our salaries be released on time and the solid waste management be brought under the government purview,” they added.

“Workers deployed in various wards of the city, including No. 40, 47, 7 and others, are not executing their work,” they said. — TNS