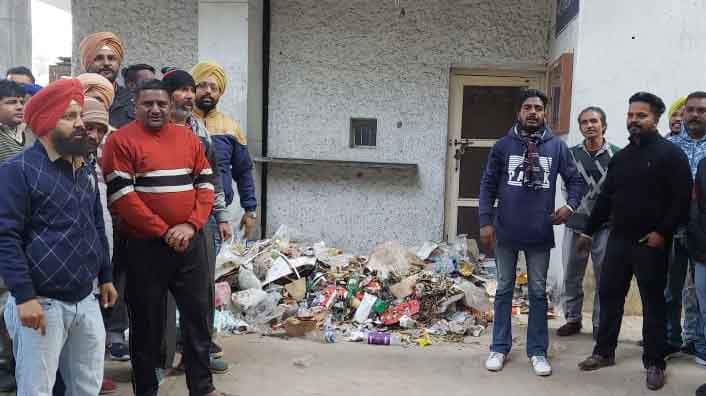 Sanitation workers at Punjabi University today dumped heaps of garbage on campus in protest over their demands for regularisation of jobs. They have been holding the protest for over 15 days now.

Gurpreet and Jatinder Kala, speaking on behalf of the workers, said they had been working at a mere salary of Rs 9,200. “We have rendered our services for about a decade, but the university has failed to regularise our jobs,” said one of them. A worker said, “We have submitted a memorandum to the V-C and want speedy action on the matter.” While the daily wagers have been staging a protest, the regular workers have been directed to ensure cleanliness on the campus. This led to alterations between the two groups.