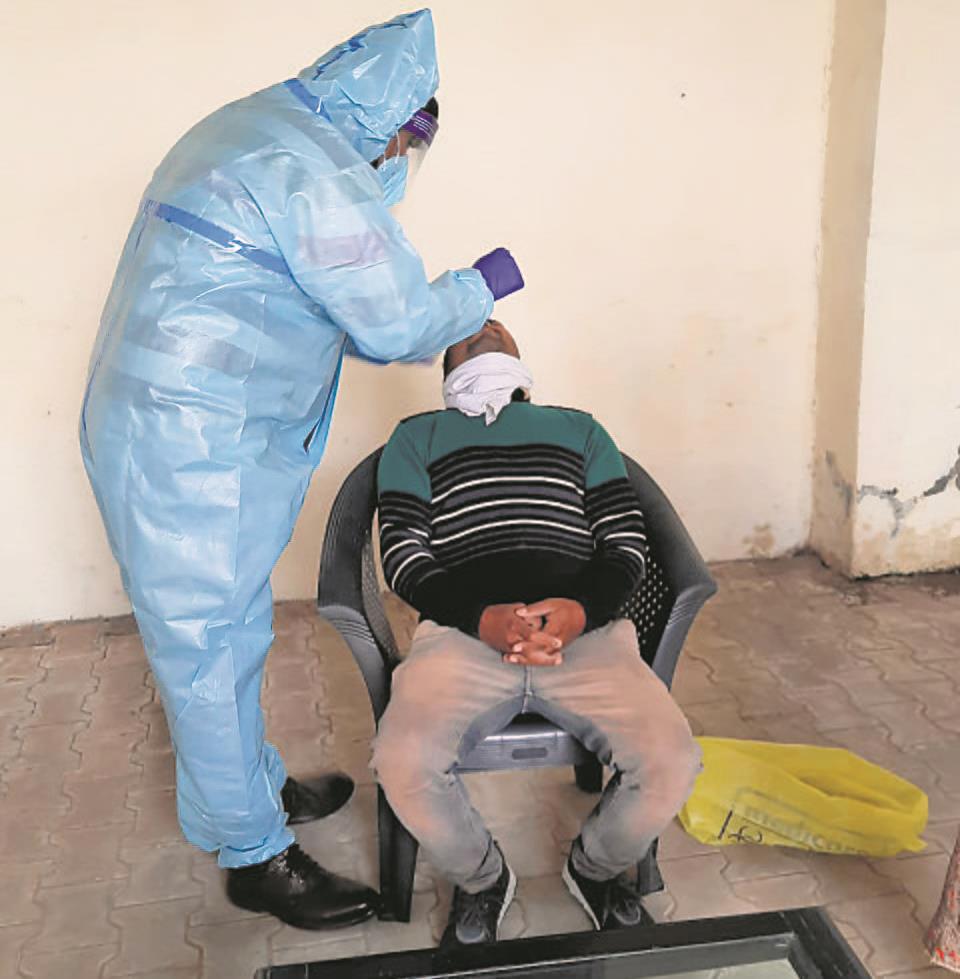 A school staff member gets tested for Covid on Monday.

The district Health Department today ordered shutting of a government school in Sanaur block after seven staff members tested positive for Covid-19. The Government Senior Secondary School, Bhankar, will remain closed for the next 48 hours.

Contact-tracing of the infected teachers, including hundreds of schoolchildren, is under way. Of the 32 tested, results of nine staff members were yet to come, said the Health Department. Patiala Civil Surgeon Dr Satinder Singh said they had directed the school head and District Educational Officer (DEO) to shut the school and report symptomatic students for testing.

“Teams have already conducted tests of the staff. To stave off the spread, the school has been shut for the next two days,” he said.

Sources in the Health Department said a schoolteacher tested positive last Tuesday and continued to attend school with other staff members instead of going into self-isolation.

The sources said staff members who came in contact with the teacher also attended the school, thereby infecting others.

Dr Sumeet Singh, District Epidemiologist, said they had asked the principal to provide information related to the positive staff members. “Students are surely at risk, but we have started contact-tracing of the staff members who had tested positive,” he said.