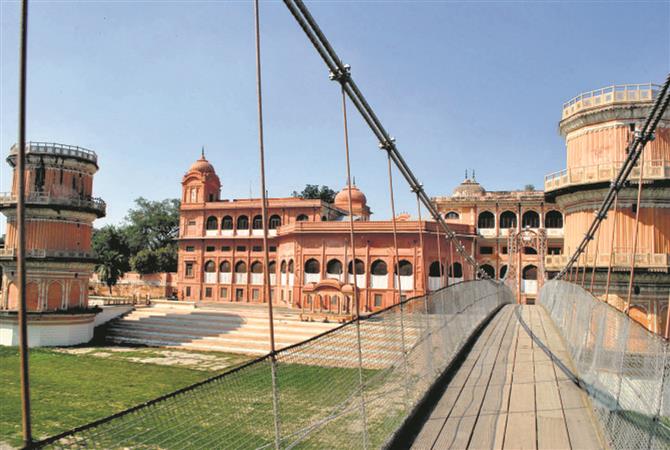 A view of the Sheesh Mahal in Patiala. Photo: Rajesh Sachar

The historic Sheesh Mahal Lake in the city will be rejuvenated soon. Officials said they had issued tenders for the installation of drain pipes for water supply.

The iconic lake will be provided water supply from Hansali, which is providing water to Gurdwara Dukhniwaran.

The officials said the government had passed an estimate of Rs37 lakh for the project.

“Contractors interested in the work have also applied for the tenders,” said an XEN of the Drainage Department.

The Drainage Department will carry out the work of connecting the Sheesh Mahal Lake to Hansali.

XEN Ramandeep Singh said: “A pipeline will be laid from the rainy nullah up to the Sheesh Mahal Lake. We have already sought permission from the NIS to lay underground water pipelines.”

from Hansali, which is a rainy nullah. It also provides water to the recently rejuvenated Rajindra Lake, Patiala.

Officials said the work was expected to be completed in a period of six months.