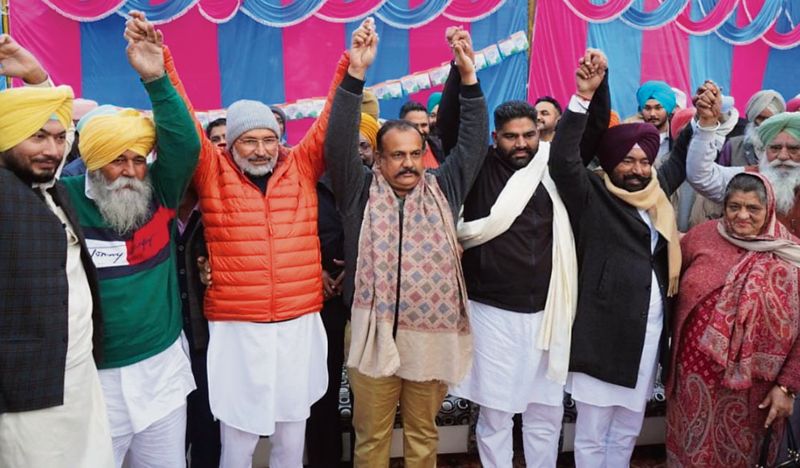 Sitting Congress MLA from Ghanaur Madan Lal Jalalpur got a shot in the arm when Zila Parishad member Parminder Singh Lali announced his full support to him at Rampur village in the district. Parminder had been angry with the MLA for quite long.

Lali, along with his associates, announced full support to the MLA in the upcoming Assembly elections. In fact, Lali and his group in Ghanaur were said to have been not happy with the MLA due to personal issues.

Meanwhile, one of the AAP leaders from Ghanaur, Gurpreet Singh Sandhu, joined the Congress. Sandhu said AAP candidate from Ghanaur Gurlal Singh would lose his deposit in the elections. He alleged that Gurlal was a parachute candidate, who had never been active for the party.

Meanwhile, Jalalpur said Sandhu would be given full respect and responsibility in the coming days.