133 more test positive in a day, 4 succumb to deadly virus 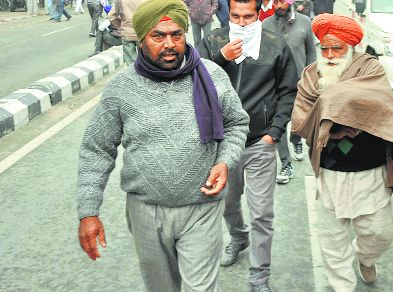 The district today registered the highest Covid-19 cases in the month. As many as 133 residents tested positive for the disease today. The Civil Surgeon office today stated that the situation has aggravated due to which people need to follow all Covid-19 related guidelines.

The district also reported four deaths in a day. The total number of Covid cases in this month has reached 14,465 along with 425 deaths, which stood at 12,810 positive cases along with 378 deaths on October 31.

In the guidelines released on November 25, the Chief Minister’s office had stressed on the full utilisation of the 25,500 daily RT-PCR testing capacity. The office directed targeted and regular testing of potential superspreaders, including government officials in Punjab.

Thereafter, health officials in the city have also increased coronavirus testing. The report of 3,200 patients were received today against a little over 1,500 a day until some time ago. As many as 2,080 Covid tests were conducted in the day.

The Patiala Civil Surgeon, Dr Harish Malhotra, said, “The Health Department is putting in all its efforts to contain the spread. However, the situation is aggravating.”

“People have stopped following Covid guidelines. They are gathering and ignoring directions, including wearing face masks and use of hand sanitisers regularly,” he added.

“People should maintain social distancing and follow other guidelines as issued by the government, he said.

Majority of cases out of those registered on Friday were from Patiala city. The Covid cases number reached 113 from the city alone while Rajpura, Samana, Bhadson, Kauli and other places in the district registered two to four cases today.

Health officials had made two micro-containment zones in Rajpura and Nabha two days ago when five and seven cases, respectively, were detected in clusters. While the cases from Patiala city were high these were sporadic and registered from different areas, said health officials.