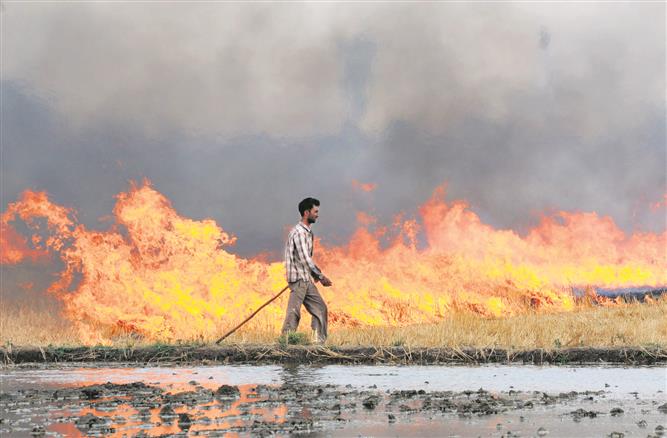 To cut down on the number of cases of stubble burning, the district administration has issued an order which requires government officials to sign a self-declaration, whereby they have to take a pledge not to burn paddy stubble.

In the self-declaration form, which The Tribune has a copy of, an officer also has to declare that action can be taken against him if he violates the law.

Government officials have to take the responsibility of creating awareness among people about the hazards of stubble burning.

Confirming the development, Patiala Deputy Commissioner Sakshi Sawhney, said, “First we (government officials) should take a pledge not to burn stubble, then only can we ask farmers to stop it. The idea is to create awareness and make employees responsible towards the government’s initiative to cut down on the incidents of stubble burning.”

She added the administration had appointed a nodal officer in each village to create awareness against stubble burning.

Meanwhile, Manjit Singh Nian, district president, Bharti Kisan Union (BKU), Ugrahan, said, “We are aware of the harmful effects of stubble burning. The government should provide enough resources so as to make farmers avoid it.”