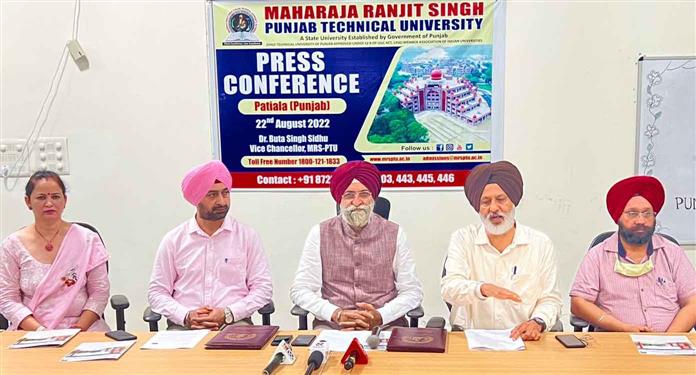 Addressing the media the VC said, “Students, who enrol for BTech and other programmes at the university can get training period and permit to work in the USA. The university has signed MoUs with some foreign universities. This will ultimately help them get better jobs.”

Officials also discussed exit policies adopted for students, set-up of idea and food laboratories and other aspects of the university on the occasion.

The VC said, “If students find better prospects in foreign lands, I don’t think we should stop them over their future prospects. But students should enrol in such courses so that they get good degrees and jobs and become mature.”

“The university has signed MoUs with foreign universities where students can study parts of courses abroad and finally get training and work permits,” the VC added.

Asked if this was facilitating brain-drain, he said, “The state government is supposed to create policies to keep check on brain drain. Students will stay back if they get best placements here. But it is the university that can support students for their future if they are bent-upon going abroad.”

University officials pointed out that enrolling in courses at the MRSPTU was a golden opportunity for students of Punjab and neighbouring states to get world class technical education, best placements in government as well as private sector, along with a safe and secure environment for study.

“The admission for academic session 2022-23 is open for engineering, architecture and planning, aeronautical, aerospace, computational sciences, physics, chemistry, mathematics, agriculture and many other courses,” said officials.

Officials also discussed grants provided by the Centre Government for the university and achievements of former and current students. Officials said, “We have proper placement activities for students. We are roping-in our 17,000 alumni to provide consultation to students in placement activities, training and scholarships among others.”