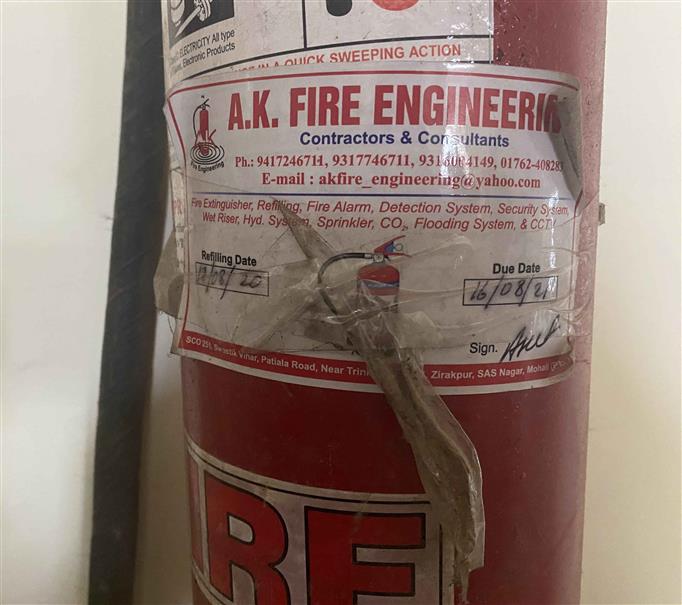 Most of the fire extinguishers — an apparatus used for putting out fires — are already expired at the Mother and Child Healthcare (MCH) building of Government Rajindra Hospital. The tertiary health care institute is seemingly waiting for a mishap to wake-up from its slumber.

Experts informed that it was mandatory, as per the fire code, to have fire extinguishers in working condition in any healthcare occupancy. It has been learnt that extinguishers installed at MCH building at Rajindra Hospital have already become redundant because they have not been refilled for over a year now.

They are just a showpiece, hanging on the walls, which are of no use in case of a fire in the hospital premises.

A senior professor of the Paediatrics Department, who wish not to be named, said: “This is a compromise with lives of infants herein. Few of them are on ventilator support. The hospital administration should take immediate action.”

Notably, five infants had died in 2009 at the hospital due to the fire. Sources said if there was any fire incident in the hospital it could prove a catastrophe in the face of defunct extinguishers.

Meanwhile, Patiala DC Sakshi Sawhney assured that Rajindra Hospital and other hospitals would be checked through fire safety audits.