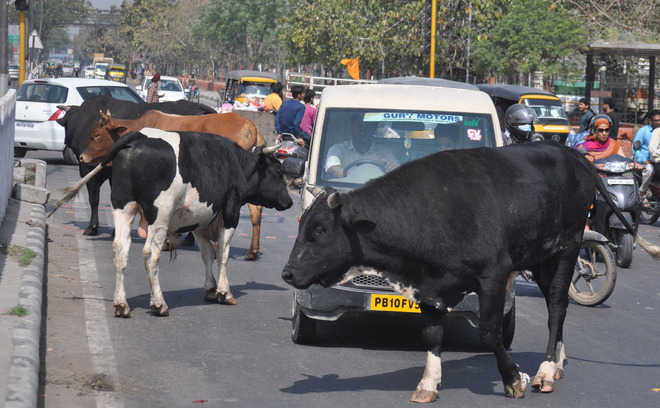 Raghbir Singh (49), who was returning home from his factory at the focal point area in Patiala, met with an accident and died. His sister Parminder Kaur said her brother was survived by his wife, who is a diabetic, a son (20) and a daughter (18).

Parminder Kaur, sister of a victim

The accident took place near the DMW in the late evening hours. Onlookers informed my brother’s co-workers and our family about the accident. He died due a stray animal roaming on the road. The family should be compensated and his son given a government job.

She said: “He was on a motorcycle. The accident took place near the DMW in the late evening hours and some onlookers informed our factory workers and our family. He was taken to a hospital and died during treatment.”

She said her brother died due to the presence of a stray animal on the road. “The family should be compensated and his son should be given a government job.”

In another accident in Samana, Manpeet Singh (33) died after his motorcycle rammed into a stray animal. He was taken to a government hospital and later to Columbia Hospital, Patiala. Investigating Officer Lali Ram said the family of the man later decided not to get a post-mortem conducted.

In another accident that took place in Samana on the intervening night of Friday and Saturday, a youth died while another was injured.

The boys had come from Bathinda. Resham Singh, father of one the boys, told the police that his son, along with a friend, had come to the city for personal work. He alleged their two-wheeler was hit by another vehicle. A stray animal was also found dead at the accident spot. The police have now registered a case under Sections 304 (A), 337 (causing hurt to any person by any act so rashly or negligently as to endanger human life) and 427 (mischief) of the IPC.