Has no medical background, but suggests line of treatment to patients 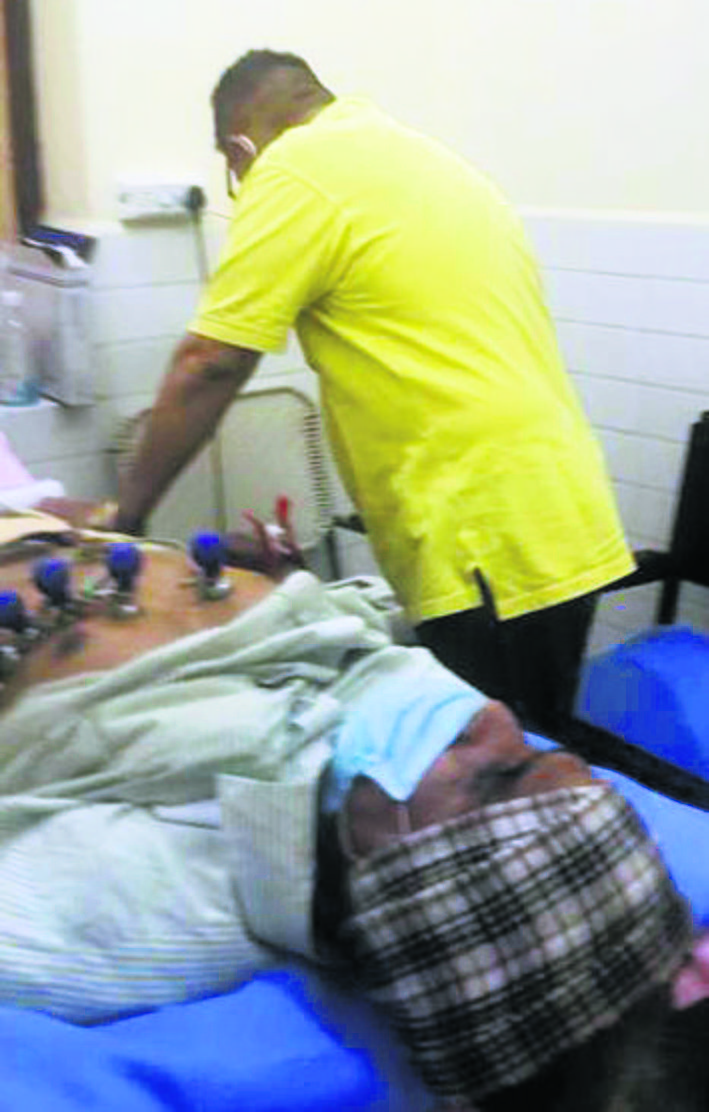 A Class IV employee conducts an ECG test at the Community Health Centre in Model Town on Monday. Tribune photo

In appears a breach of trust, a person not from medical background was seen conducting ECG tests at a health centre in the city. The said person, a Class IV employee, has been entrusted a highly sensitive task of ECG tests (a test that detects heart abnormalities) at the Community Health Centre (CHC), one of the important government health facility.

When The Tribune team visited the CHC at Model Town, its members found that the said employee not only conducted tests, but also read ECG reports and even guided patients for the line of treatment. As per rules, the test is to be conducted by an ECG technician, while report is to be interpreted by a doctor.

Meantime, a doctor, posted at the Model Town CHC, told The Tribune team: “He (Class IV employee) has been conducting ECG tests for years altogether. Several people have complained against him, but no action has been taken so far.”

During investigation by The Tribune it came to the fore that in medical examination of newly recruited employees, ECG test is one of the requirements. Taking advantage of this urgency the said employee demands money for conducting normal ECG test.

A Patiala resident, who was selected as Sub Divisional Officer (SDO) in the PSPCL, on the condition of anonymity, said, “He (Class IV employee) gave me an ECG report and informed me: ‘Your ECG is not normal’. Later, he asked me to pay Rs300 to correct it.”

Dr Prince Sodhi, SMO, Model Town, said, “We don’t have an ECG technician. Therefore, he only assists a staff nurse. He cannot read ECG report. We have a doctor to read the report.”

The Patiala Civil Surgeon, Dr Satinder Singh, said, “I will ask for a report from the SMO about this employee. I will not tolerate this. Action will be taken against him if he is caught taking money.”