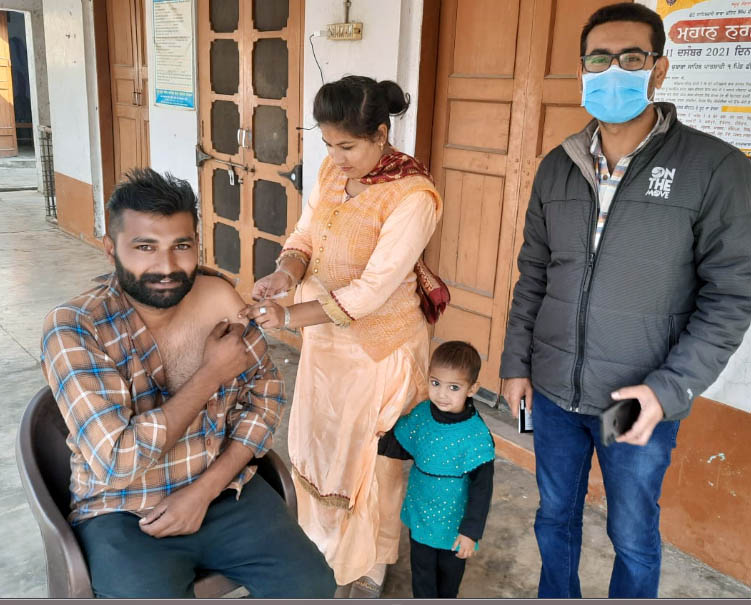 A health worker administers a dose of the Covid vaccine to a man in Patiala on Monday. Tribune photo: Rajesh Sachar

Dr Veenu Goyal, district immunisation officer, said the ongoing protests by Auxiliary Nurse Midwives (ANMs) and ASHA workers had hampered the campaign. She said, “Due to the protest, the vaccination drive could not be run effectively. However, we will put in efforts to vaccinate as many beneficiaries as possible.”

In May, the Punjab Government had announced a special development grant of Rs 10 lakh for every village that achieved 100 per cent vaccination target under the state government’s ‘Corona Mukt Pind Abhiyaan’.

Health Department officials said they were hopeful that vaccination figures would improve after the ANMs ASHA workers resumed work.