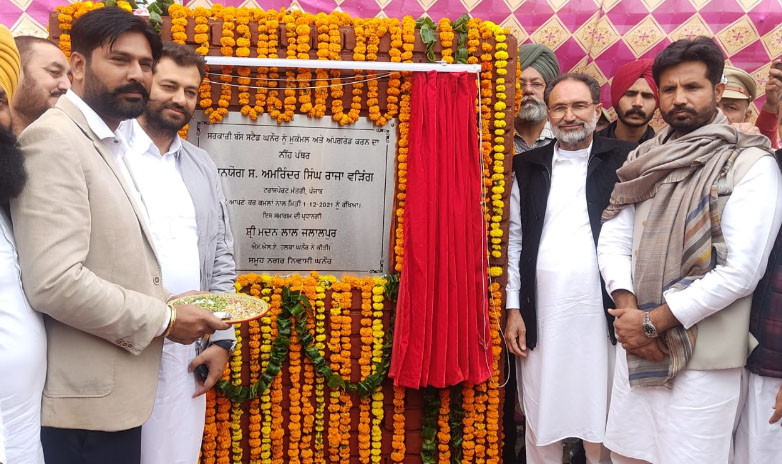 Transport Minister Amarinder Singh Raja Warring today said voters would teach both Capt Amarinder Singh and the BJP the biggest lesson of their life in the coming Assembly poll.

Raja Warring was here to lay the foundation stone for the upgrade of Ghanaur bus stand to be completed at a cost of Rs83.50 lakh.

The minister directed the department to complete the renovation work of the bus stand in a month’s time so that people could avail the facilities at the earliest.

The minister said during his tenure as Chief Minister, Capt Amarinder Singh had colluded with the Badal family. He said, “We, including Rahul Gandhi, were not aware that he had colluded with Badals. Therefore, we are apologising to the people of Punjab for waking up so late.”

Lambasting the Badals for looting Punjab by spearheading different mafias, Warring said he was not afraid of anyone when it came to taking on those who shackled the state’s bright future by gobbling up its resources through tax evasions.

Training his guns at the Delhi Chief Minister, Warring said that Kejriwal had promised before 2017 to take on Majithia within 15 days of coming to power, but he shamelessly later on apologised for what he did and said about Majithia. He said, “There was no need to extend a shameless apology.”

Assuring the people at the behest of Charanjit Singh Channi-led government’s proactive approach towards overall development, Warring said, “It is my duty as a minister to ensure the development of each and every part of Punjab. I know this project of updating the bus stand was hanging in the air for the past two years for one reason or the other, however, it will be completed at the earliest.”

Speaking on the occasion, Ghanaur MLA Madan Lal Jalalpur thanked the Transport Minister for the latter’s personal intervention to start the work of the bus stand at the earliest.

“Every resident of Ghanour will forever be indebted to Raja Warring for fulfilling the long pending demand of the area, the works undertaken by the Channi Government would ensure the Congress second time victory in 2022 too,” the MLA said.