Waterlogging on Patiala roads after rain 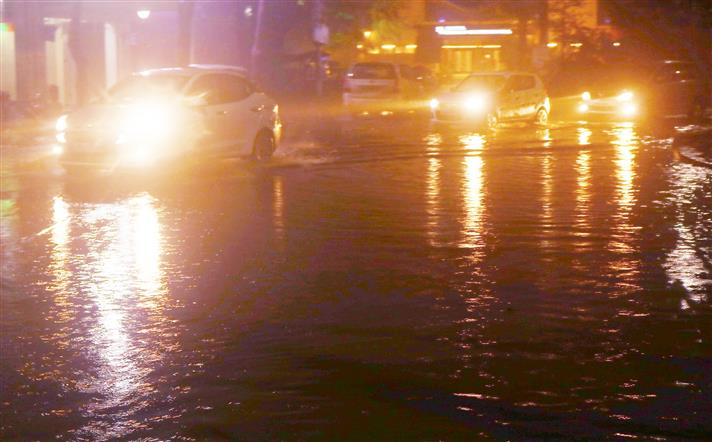 Despite measures taken by the Municipal Corporation (MC), some roads were under rainwater as the region witnessed downpour and drizzling throughout Wednesday. The areas, including Chhoti-Baradari and the Namdar Khan road among others, witnessed waterlogging.

Importantly, the Municipal Corporation had cleaned city’s nullah recently. The civic body spent Rs3.5 crore on cleaning of 3 km sewerlines of the city.

Earlier, while receiving the machine in December officials had said it would be used for cleaning sewerlines and is expected to bring much respite from blocked drains. Meanwhile, an MC official said water receded soon after it rained in the city.

When contacted about accumulation of rainwater on the Namdar Khan road yesterday, Mayor Sanjeev Sharma said, “I immediately sent civic body officials to drain rainwater. Water must have accumulated there due to ongoing work. Prompt action is taken in case waterlogging is reported from any area of the city.”