Will work on development of Punjabi, says Prof Arvind 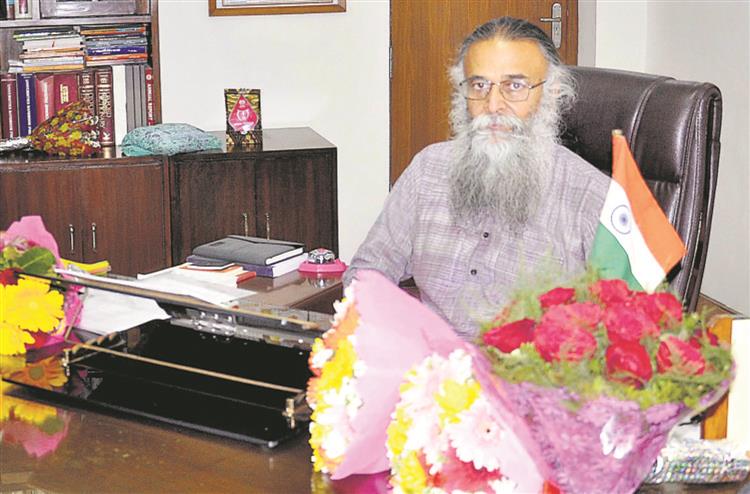 The new Vice-Chancellor (VC) of Punjabi University, Prof Arvind, today joined the office and held a number of meetings. During a meeting with mediapersons, the VC said his office will look into the shortage of teachers in various departments and other issues.

He said the university would work on the development of Punjabi language by including technology and advancements. The VC also held a meeting with members of the Joint Action Committee (JAC), who have been protesting for more grants to the university, timely disbursal of salaries and other matters on the campus. Committee members said the VC assured them of timely and just action on the matters. “Thereafter, we have decided to put an end to the protests,” they said.

Meanwhile, Prof Arvind told the media that in order to further the cause of Punjabi language and literature, he aims at bringing in the programmes of artificial intelligence, machine learning and data sciences to the campus. “We will bring programmes to the university with help of various partners on international and national level. It is expected to bring resources to the university as well.”

He said the university would find appropriate measures in context of the problems being faced by students. It was pointed out in the meeting that students who came from far-off places for minor works were harassed over prolonged delay in the execution of small matters. He said such a situation should not occur in the university. He said the university would find ways, including creation of a new office for the pending works and developing a means to monitor the process of the examination branch electronically.

He said the university had started a process of shutting down a number of courses on the campus. “The matter has not yet been cleared in the academic council of the university. We will review all courses before any such decision is finalised,” he said.