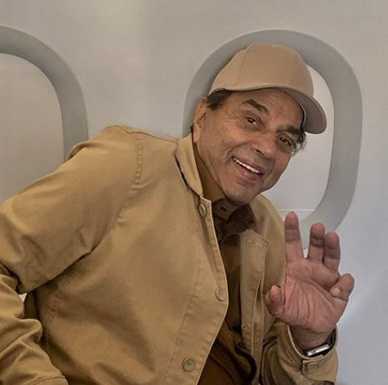 Dharmendra shared a major throwback photo. The picture is from his 1977 movie ‘Dharam Veer’. The picture shows Dharmendra riding a horse in a gladiator-inspired outfit.

Sharing the picture on his Instagram account, he wrote: “Waqt naam ki ..... Tez Trrar Godhi ki Peth pe ....kas le Kathi Apne Janbaaz himmat Hausle se ..... (Time is like a horse, ride it with courage)”. Soon after this, his daughter and actress Esha Deol showered “love” and “evil eye” emojis on his post.

Responding to this, the veteran actor wrote: "Love you Bittu baby," adding an evil eye emoji.

They also have a second daughter, named Ahana. Dharmendra has two sons--Sunny Deol and Bobby Deol, and two daughters—Vijeeta and Ajeeta from his first marriage to Prakash Kaur.