‘Fighting is in our blood’ 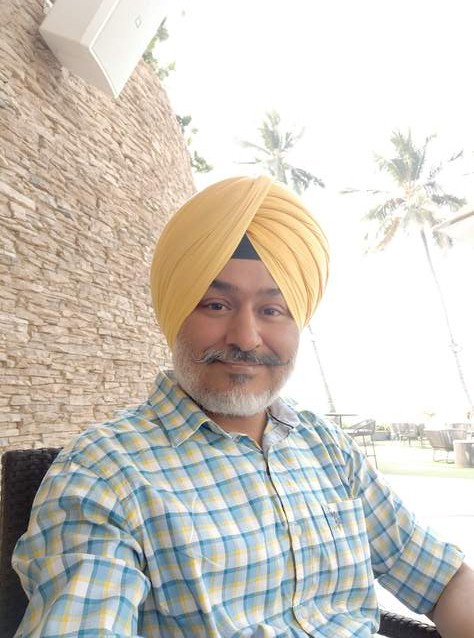 Mandeep Chaahal has come a long way in the Punjabi film industry. His latest film, Arjan, put the spotlight on him. The director talks about how a film is never a one-man show, how he believes in team work and how he is waiting to get back on the sets again…

From your debut film to your last release, Munda Faridkotia, how has been your journey in the industry?

It has been great. Just U & Me released in 2013 and so far there have been six films, including Nidarr, which is under production. There have been ups and downs. But those are a part and parcel of this industry.

Arjan was a winner at the Box Office. Did you expect it?

Arjan was a special film for me because it was the first film written by me. I believe when a director conceives a story and its narration, the conviction shows on the screen. One most important fact of filmmaking is that it is not one man’s job, it is a team work. My team worked really hard for that film. Yes, we had expectations. It feels good when your hard work is recognised.

After Covid -19 outbreak, the shooting of Nidarr has been stopped. What is the latest scenario?

We had to stop the shoot mid-way. Almost 40 per cent work has been done. The shooting will commence once we get the required permission.

Yes, of course. All are waiting to get the government’s nod to start shootings. Once theatres open and films start releasing, it will be business as usual. Watching a film in theatre is a family outing nowadays. So, once we are free from this pandemic, I am sure people will again flock to cinemas.

What are the tips you follow to make a good film?

If there is a success formula then why do we have only 5 per cent success rate. We can have a good story, good star cast, good music and do good publicity. But we can’t force the audience to watch it.

How are you spending your time these days?

I am with my family in Mumbai. We are trying to make the most of this period of togetherness. We play indoor games. We help each other doing daily chores. I have finished writing two scripts and I am watching lots of stuff on OTT.

Punjabis are warm people. Do you think they are real fighters?

Punjabis are big at heart. They are generous, jolly and fearless. Yes, they are real fighters. Punjabis have inherited this fighting spirit.

Punjab is famous for its rich food. You get great food anywhere in Punjab. There are many places but if I have to choose one, it would be Kesar Da Dhaba in Amritsar.

Which is the best place in Punjab to visit and why?

It would be Amritsar. The Golden Temple is a must-visit place in Punjab. Even before Partition, Amritsar was the hub of Punjabi culture. It is the most important city of the Majha region and is the birth place of several renowned artists, authors and poets.

What lessons have you learnt staying at home during the lockdown?

The most important one is that we can survive without spending on our luxuries. The expenses of our basic needs are very less as compared to what we spend on our luxuries.

What will be your first major task after the normalcy returns?

To go back to work. —Dharam Pal