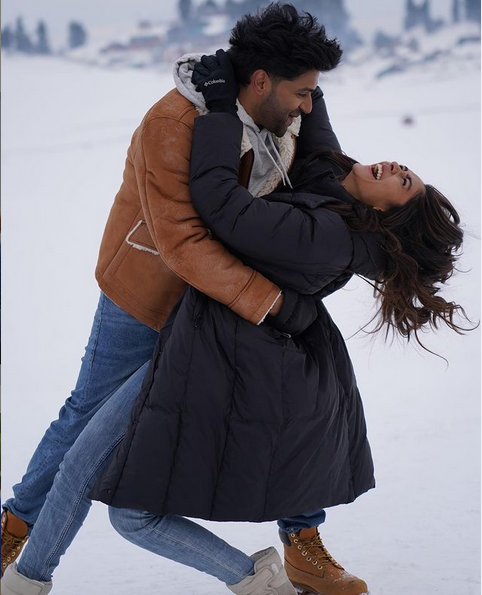 Singer Guru Randhawa and actress Mrunal Thakur had a playful time in Kashmir while shooting for the new music video 'Aise Na Chhoro Mujhe' which also captured their 'snow fight'.

The singer has given a glimpse of their fun time in Kashmir.

While the entire team was under layers of clothes freezing in minus 10 degrees, both the artistes were having snow fights and were riding on the snowmobile all around the location.

Both the stars had so much fun on the set of the music video that director Aashish Panda had to break in and remind them to get back to work!

Here's a clip of the song for you.

Presented by Bhushan Kumar's T-Series, the love song penned by Rashmi Virag and composed by Manan Bhardwaj, is a romantic track that tells a modern-day Romeo-Juliet love story.