Here’s the first look of ‘Fuffad Ji’, check it out 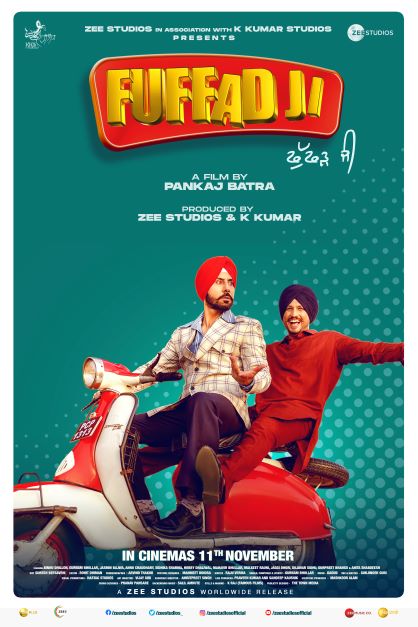 It’s a good time for Punjabi cinema. Since the second lockdown got lifted and restrictions were relaxed, there have been back-to-back theatre releases. After films like ‘Puaada’ and ‘Qismat 2’ (which have received a good response at the theatres), Zee Studios recently announced the release date of their next— ‘Fuffad Ji’ starring Binnu Dhillon and Gurnam Bhullar. The movie is all set to hit the theatres worldwide on November 11.

The makers have now dropped the first look of the film, leaving the audiences intrigued. Zee Studios in association with K Kumar Studios presents ‘Fuffad Ji’ which is directed by Pankaj Batra and written by Raju Verma.

Even Gurnaam Bhullar shared the same picture on his Instagram:

Gurnaam says, "11 nov team #Fuffadji is ready to entertain your family , we ll be waiting at your nearby theatres."

Excited for the film’s release, Director Pankaj Batra says, “We are back with our much-awaited Fuffad Ji and I feel fortunate that even amidst the pandemic, we are able to release the film at theatres. I hope people will love it.”

Punjabi cine-goes sure have a reason to rejoice.