Recently, Himanshi said that she doesn't want to be addressed as 'Asim Riaz's girlfriend' 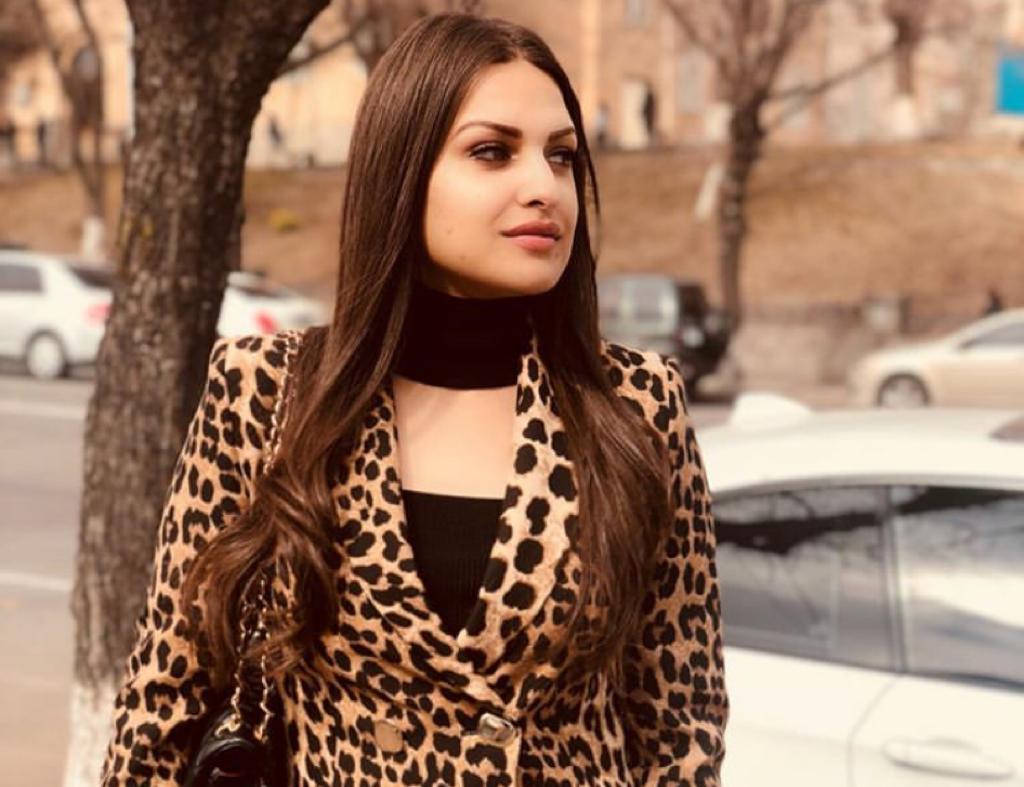 'Bigg Boss' 13 contestant Himanshi Khurana has shared an incident on her Instagram stories of how someone wrecked her car near Chandigarh. The actress believes this was a way "to stop her from working".

The 28-year-old actress revealed that her car's tyres were slashed.

“Last night someone stabbed d tyres of my car on the shoot at a village near Chandigarh... ki socheya c tussi.. Mainu khajjal karunge.. tussi eh chotiyaan chijjan kar k mainu kam karn to ni rok sakde na mainu dra skde o.. better luck for d next tym.(What did you think? You’ll attack me? Doing these petty things will not stop me from working),” she wrote. 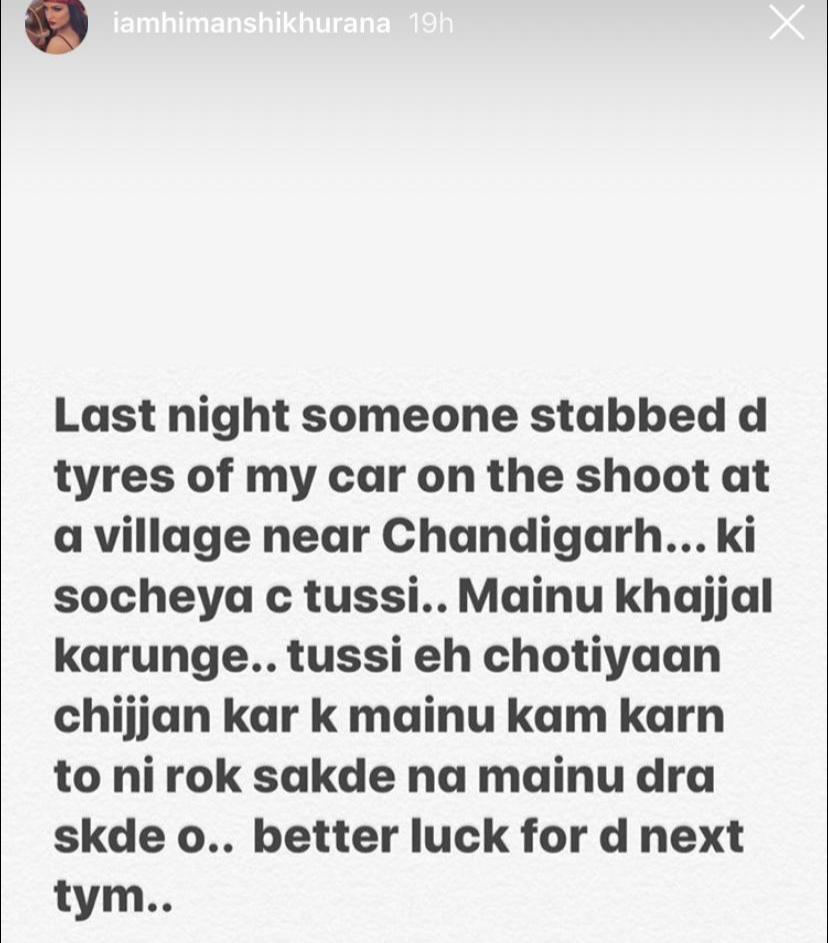 Recently, Himanshi on the micro-blogging website said that she doesn't want to be addressed as 'Asim Riaz's girlfriend'.

“Why it’s always girlfriend of Asim Riaz.. not boyfriend of himanshi Khurana.. I know dere is nthng wrong in dis & M proud of dis bt at d same time females r also working in dis industry & they hv there individual personality.. their share of struggle.. why it’s always about man,” she wrote on Twitter.

She also let the fans know that everything is fine between the two.

“Now don’t predict that something wrong has happened between us.. everything is fine just our society needs to get rid of this patriarchy,” she wrote.