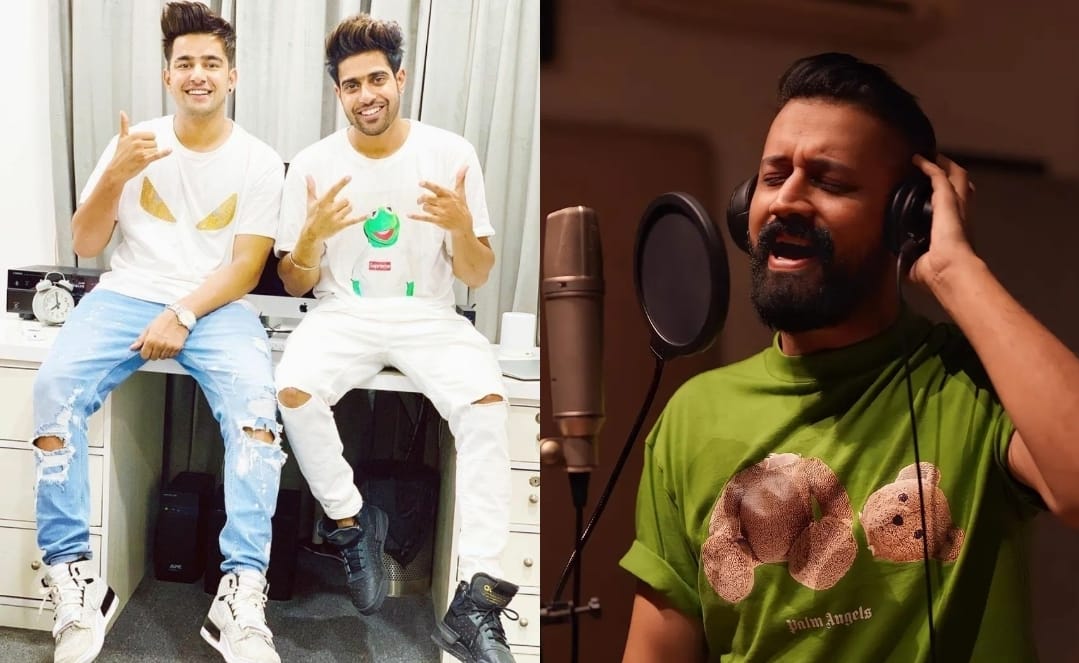 Jas Manak, Guri and Atif Aslam during the making of Lover.

After film Jatt Brothers, actor Guri and producer KV Dhillon reunite for another project titled 'Lover', which is touted to be a love story also starring Ronak Joshi as the female lead. Helmed by directors Khushpal Singh and Dilsher Singh, the film has roped in some really big names for its music. Singers including Jass Manak, Rahat Fateh Ali Khan, Sachet Tandon, Atif Aslam, Asees Kaur and others have lent their voice for the songs in the movie.

“Since ‘Lover’ is a romantic musical, so I decided to go for the best vocalists in this industry. All of them have great experience in bringing out some really good music. Every track revolves around an emotion and blends with the story’s feel and texture. The whole album is made by genius minds of Punjabi industry," says producer KV Dhillon.

Giving an insight into the film, he adds, “I was actually looking for a romantic musical story and then I bumped into our movie writer Taj. When he narrated this one, I immediately said yes. It's a tragic love story of a schoolgoing boy and girl. Both our leads Guri and Ronak have worked really hard for their characters. There is a certain innocent that Guri has brought on screen and I am sure people will fall in love with his character."

Talking about his role Guri shares, "Lover movie isn’t an ordinary love story, but something unique. You’ll get to see the depth of all characters as every actor has put in a lot of effort. My character Laali is just an ordinary guy born into a middle-class family. His father is doing his best to make sure he complete his education and earn well. He is passionate, a great friend, a good bathroom singer and above all, he is a great lover."

On reuniting with KV Dhillon, Guri adds, "After Jatt Brothers, one thing was very clear that we were a great team and he (KV Dhillon) liked my work. So, when he came across a great romantic story and thought of me, I was only grateful about it. I have put in my all to justify my part in Lover and I hope the audience loves it."

Lover is set to release on July 1.