Jinxed, yet not forever

It is one biopic that has somehow failed to reach the silver screen till now. So as actor-director Deepa Rai waits for the release of 22 Chamkila Forever, he says he won’t go the digital route 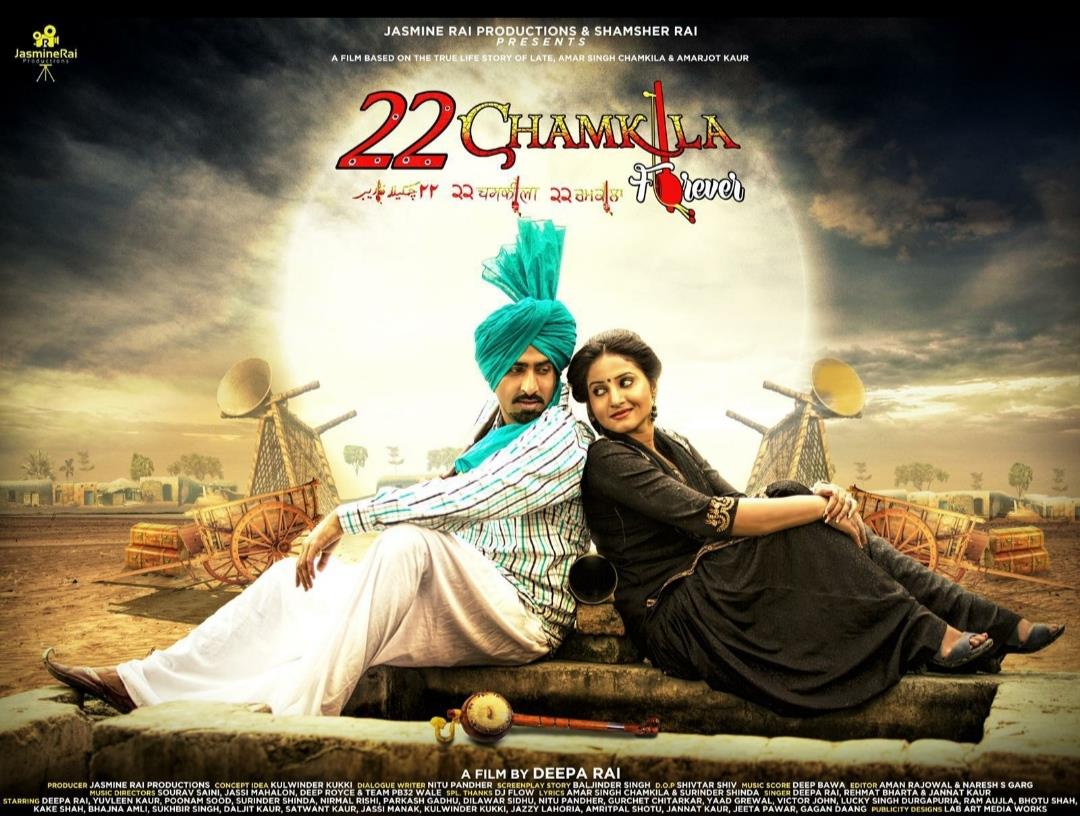 Call it going back to the roots or something else, two filmmakers settled on foreign shores have been working on the biopics of singing sensations from Punjab — Amar Singh Chamkila and Kuldeep Manak — for the silver screen.

In another part of the world, the US, Josan Sandeep, having had a brush with Hollywood and Bollywood, took up the mega project to bring Kuldeep Manak’s life alive on screen. “I grew listening to Manak saheb. He always sang for real values of humanity,” says Josan, for whom this is not just a film, but a dream. Titled Kuldeep Manak Kaliyan Da Badshah, the film aims at a 2021 release and singer Jazzy B will be seen in the titular role. “Our characterisation team made three sample faces to match that of Kuldeep Manak. Jazzy B’s face, vocal tone and height matched 90 per cent! That Kuldeep Manak was the guru of Jazzy B brought the film much closer to reality.”

“When I shot for Chamkila’s biopic, people gave me such love and regard that I could only imagine what prestige Chamkila enjoyed,” says Deepa Rai, actor-director, who is patiently awaiting the release of 22 Chamkila Forever. Rai, born and brought up in Woolwich, London, recalls that when his parents sent him to Punjab to learn his mother tongue many would say, ‘Ehnu Chamkila de gaane sunao te gaaliyaan sikhao’.”

When years later, armed with a course in direction, Rai looked for a subject, Chamkila was the first choice. “Such a charismatic life cut short so violently, I thought why not?” Monetary constraints forced Rai to shoot in bits and pieces, and with no actor ready to join, he also stepped into the shoes of Chamkila.

22 Chamkila Forever isn’t the first attempt at Chamkila’s biopic. Many started, stopped midway and finally the one that has been ready awaits a release! Only Mehsampur saw the light of the day; a mockumentary by Kabir Singh Chowdhry, it blended fact and fiction while charting lives of people associated with Chamkila. Right from research to rights, Rai went from pillar to post. “Now that I am reading about nepotism and lobbying, it hurts me as I have been through this and more.”

As for the myth that films on Chamkila are jinxed, Rai agrees, “ Just when the film was about to hit the screens, my two weeks trip home to England turned into an endless wait as Covid-19 took over.”

Now as cinema halls across the world are shut, he will have to wait longer. So does he think about a digital release? “Digital release cannot equal all that has gone into the making of the film, so I am waiting.”