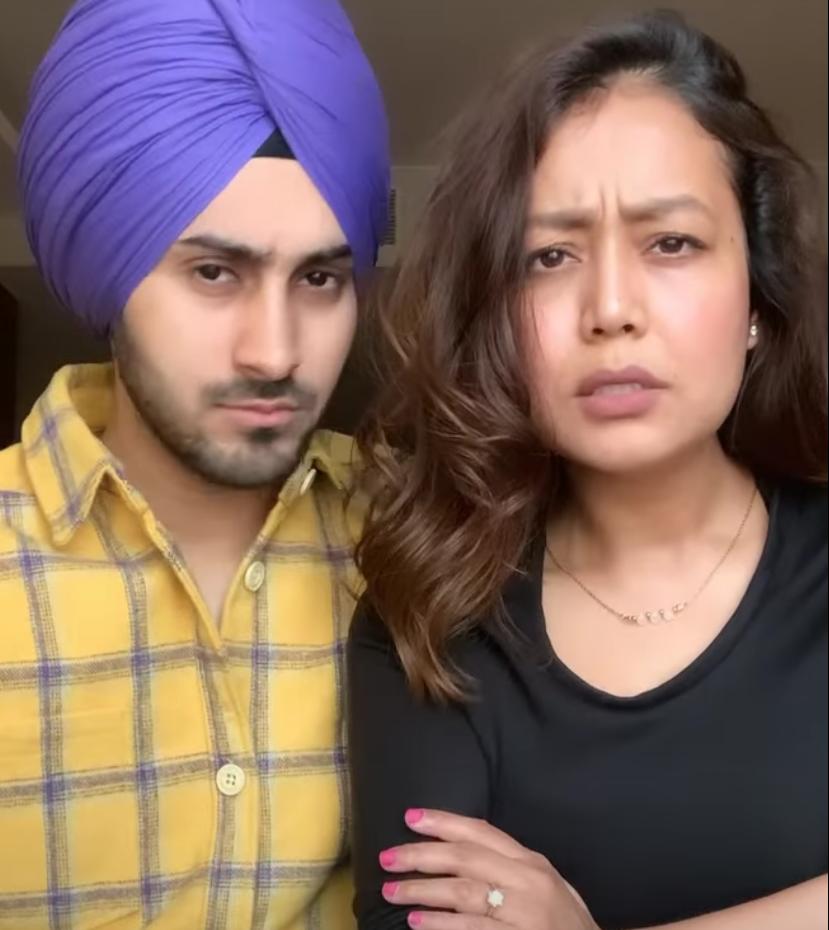 On Sunday, the Indian Idol judge shared a hilarious reel where she was seen sitting next to her husband. The video captures Neha’s reaction to all the ex-girlfriends who left Rohanpreet and are now trying to get in touch with him again.

Lip-syncing to their song, ‘Ex-calling’, Rohan and Neha request the 26-year-old’s former love interests to not call him “since they were the ones who left him for somebody else”.

Neha starts singing, and gets quite aggressive, and then Rohanpreet tries to calm her down. Neha is about to punch the screen, when Rohan calms her down in a playful manner.

Commenting on Neha’s post, Rohanpreet urges his wife to let go of anger and love the song since he loves her.

Actress and dancer Avneet Kaur, who also starred in the music video of Ex Calling, commented on Neha’s latest reel and called the duo as the “couple cutest of all”.

Fans and followers showered the singing couple with compliments and red heart emojis.