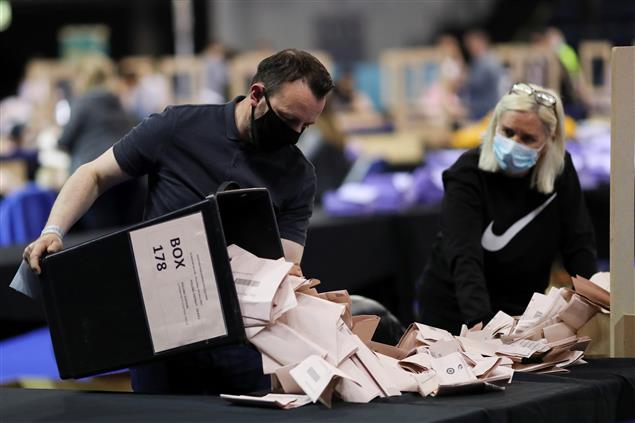 Pam Gosal has created a history by becoming the first Indian Sikh to become a member of Scotland Parliament. Pam has been elected as Member of the Scottish Parliament (MSP) on ticket on Conservative party from West Scotland.

Pam Gosal has tweeted: “It’s a privilege to be the first female MSP elected to the Scottish Parliament from an Indian background. Thank you to everyone who’s supported me. Can’t wait to get to work for the people of the West of Scotland.”

Gosal helped her family business before working in local government prior to being elected to the Scottish Parliament.

Pam Gosal was born in Glasgow and spent most of her life in Scotland. She made her political debut as a parliamentary candidate from East Dunburnshire in the 2019 general election for the Scottish Conservative and Unionist Party. Pam has accumulated over 30 years of knowledge and experience in the public, private and voluntary sectors, working on economic development, inward investment, business, cultural, legal and regulatory policies in both Scotland and the UK.

Pam holds a BA, an MBA in Consumer Law and is currently pursuing a PhD. Pam has always been supportive of women and has received the 2015 Women Leader Business Award and the 2018 Public Service Award. Pam is the Deputy Chairperson of the Conservative Women’s Organisation of Scotland (CWO), a national group of Conservative men and women, and is actively working to encourage and support women to play an active role in the party.

She is also the director of the Conservative Friends of India Scotland (CFIS). The organization seeks to build strong ties between the Conservative Party and the British Indian community in Scotland. Pam is confident she will make new strides in her political career as a Scottish Conservative and Unionist advocate for British, Scottish and BAM women.

A bunch of 18 fearless and determined Indian women did the u...