The Punjabi film industry saw a surge of good films, thanks to the experimenting mode it got into in the year 2019 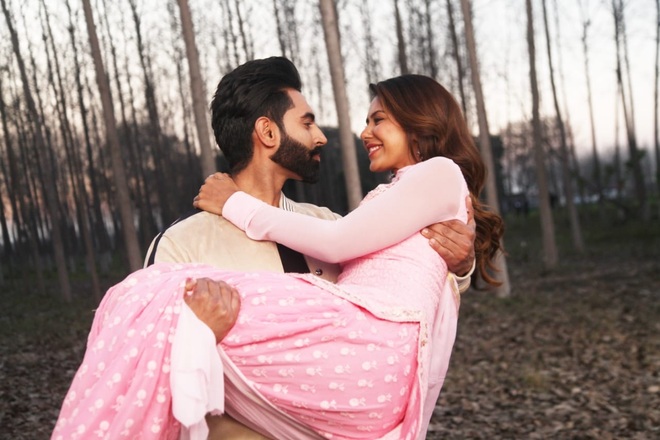 The year 2019 has been a mixed bag for Pollywood. There have been some surprise super-hits like Shadaa, Ardaas Karaan, Chal Mera Putt and there have been many flops too. The year had a Punjabi film releasing almost every week that kept the Punjabi movie lovers happy. From drama, comedy, romance, action, thrillers to a decent amount of experimentation and subjects ahead of its time, we saw them all. As we are heading into 2020, we take a look at the year’s best, average and failed attempts at the box office.

The biggest blockbuster film of this year was Shadaa. Written and directed by Jagdeep Sidhu, and co-produced by A&A Advisors and Brat Films of Anurag Singh, it stars Diljit Doshanjh and Neeru Bajwa in the lead roles. Shadaa not only opened to a positive response by critics, but grossed Rs 3.1 crore on its opening day and Rs 10.89 crore in its opening weekend domestically, making the all-time opening records in Punjabi cinema. The film ran for eight weeks and its worldwide gross equals to Rs 53.10 crore, making it the second highest-grossing Punjabi film of all time. There were also many sequels that released this year.

Second in line this year was Ardaas Karaan of Humble Motion Pictures, which had the total collection of Rs 31.82 crore. The social drama directed by Gippy Grewal is the second instalment in Ardaas series. It stars Gurpreet Ghuggi, Gippy Grewal, Japji Khaira, Meher Vij and Yograj Singh. Ardaas Karaan too ran for eight weeks and garnered some rave reviews across the world.

The film that had highest-grossing overseas and is on number three on the list of biggest hits of the year is Chal Mera Putt. A Rhythm Boyz Entertainment film, it stars Amrinder Gill, Simi Chahal, Iftikhar Thakur, Nasir Chinyoti, Akram Udas, Hardeep Gill and Gurshabad. It’s a story of six Punjabis from India and Pakistan trying hard to get settled in a foreign land. Made at a budget of Rs 2 crore, it minted Rs 31.16 crore.

At 25.52 crore, Muklawa is at number four. Set against the backdrop of Punjab of 1960s, it is based on the after-wedding custom when a newly-wed bride is brought back to her parent’s house after a few days of her wedding. This Ammy Virk, Sonam Bajwa-starrer had a five-week run.

Another sequel that was among the top five hits is Manje Bistre 2. Written by Gippy Grewal and produced under his banner, it has Gippy and Simi Chahal in the lead roles. The supporting cast of this comedy has Gurpreet Ghuggi, Karamjit Anmol, BN Sharma and Sardar Sohi. The story follows Sukhi’s journey to Canada to attend his cousin’s wedding. While this comedy went on to make Rs 31.16 crore at the box office, it was comparatively very low to its prequel, Manje Bistre.

That’s not all. These five may be on top of the chart but the ones that did good enough business and enjoyed patronage include Nikka Zaildar 3, Singham, Rabb Da Radio 2, Dil Diyan Gallan, Blackia, Laiye Je Yaarian, Chandigarh Amritsar Amritsar, Kaka Ji and Band Vajje. These rate high on creativity, storytelling and proved important for the trade.

If these films turned out to be a winning proposition for the stars and everyone involved, there have been some major disappointments as well. Among them are Unni Ikki, Tara Mira, Doorbeen, Jaddi Sardar, Saak, Dulla Vailly, Ishqaa, Saadi Marzi, 15 Lakh Kado Aauga and at least a dozen more. Call them jaded storylines or not up-to-the mark performances, these films turned out to be a disaster at the box office.

But there are films like Surkhi Bindi, Kala Shah Kala, Guddiyan Patole, Munda Hi Chahida, Uda Aida that stood out for their content more than anything else. Business aside, these films delved into never-seen-before subjects, especially for Punjab. Whether it is about a husband supporting his wife to run a business while he handles household chores in Surkhi Bindi or a dark complexion guy winning the hand of a pretty girl for marriage in Kala Shah Kala, the makers of these films took a step in the right direction, breaking many moulds, encouraging Punjabi audience to take a contemporary view at life. Even Guddiyan Patole won hearts for its story of two sisters becoming friends with their old-fashioned grandmother and having a gala time on a leisure trip.

All in all, the year 2019 has been commercially and creatively been a good for the film industry. This year also witnessed a surge in popularity of Punjabi cinema overseas. Countries such as Canada, USA, UK, New Zealand and Australia have become biggest overseas market for Pollywood.

Highlights of the year