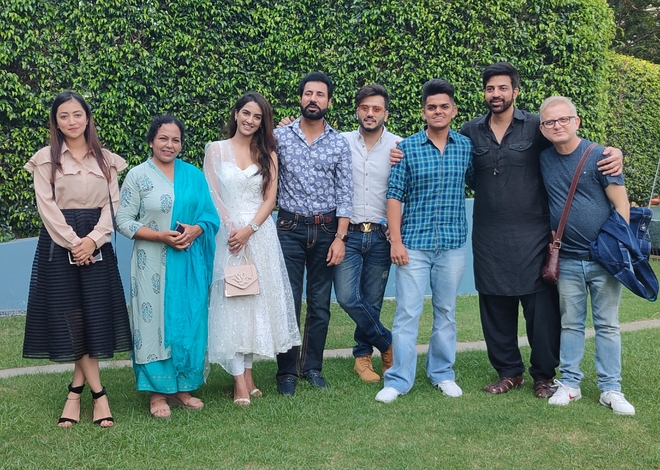 The Punjabi film industry has left no stone unturned post the reopening of theatres to keep the entertainment quotient going for the masses. And now, a film, Jinne Jamme Saare Nikamme, will premiere on ZEE5, making it the first Punjabi movie ever to witness an OTT release.

Starring the popular on screen father-son jodi of Jaswinder Bhalla and Binnu Dhillon, the film also features talented actors Seema Kaushal and Pukhraj Bhalla. Then there are some new artistes being introduced to the Punjabi film industry, including Maninder Singh, Deepali Rajput, Bhumika Sharma and Armaan Anmol.

“The audience has showered their love upon our father-son chemistry. But this time around, it’s not just about making them laugh. I believe this film is complete in itself for it has all the elements of family drama. It will not only entertain the audiences, but also force them to think about the social message that we have tried to deliver.”

About the OTT release, the actor explains, “We respect the decision of the producers because on any given day whoever has invested in a film would like to get his returns. At the end of the day we just want the film to reach out to a wider audience and digital platforms do promise that.”

Directed by Kenny Chhabra, this film has been written by Naresh Kathooria. It is the story of Gurnam Singh (Jaswinder Bhalla) and Satwant Kaur (Seema Kaushal) who are parents to four sons. Like all ageing parents, they want nothing more from their children except for their time and attention, but this is exactly what they don’t end up getting. What starts off as a series of humorous incidents leads to an emotional roller-coaster ride. Actor Pukhraj Bhalla, who will be seen with his real father in the film, says, “It was always fun being around him, be it at work or home. He often shared his inputs about my performance.”

Binnu adds that the more the number of Punjabi films being released, the better it is for the language. “Many NRI grannies and mothers have told me that because of Punjabi films, their grandchildren and children have a newfound love for their mother tongue and even started learning Punjabi. Words like these inspire me to play all kinds of roles.”

Starring opposite him is the actress Deepali Rajput, who, although excited about the film, is disheartened for she won’t get to see the audience react to her performance in theatres. Being young and not addicted to social media, she adds, “The management team had given me a hard time. A month ago I didn’t have an Instagram account but I had to make one to promote my film. I like to live in the present. You would never find me with a phone at any public or private function. And believe me; it helps me remember the people all the more.”