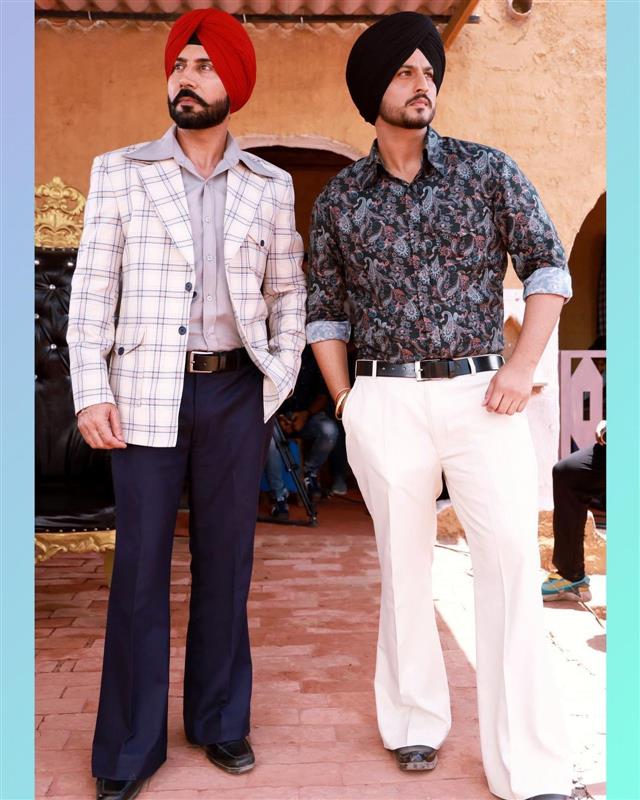 Upcoming Punjabi film Fuffad Ji has been successful in building curiosity with its teasers and key art. And now, with its trailer release today, the movie has generated a lot of excitement among the viewers. Starring Binnu Dhillon as the brother-in-law of Gurnam Bhullar, the trailer shows the difference of opinion between the two and how their rift creates tension in the families. With Jasmine Bajwa and Sidhika Sharma in the female lead roles, the film is a comedy entertainer with the right dose of drama.

This comedy drama film presents the story of the 19th century Punjab when families gave extra special treatment their sons in law.  While in the film, releasing on November 11, you will see quarrels between elder & younger son-in-law, at the same time, the in-laws will also be seen bearing the temper of the two.

After giving blockbuster hit Punjabi film ‘Bambukat’, director Pankaj Batra promises ‘Fuffad Ji’ is going to continue the trend of a good story and an even better presentation.

In ‘Bambukat’, we saw the relationship between elder 'jija' & younger 'jija' and their ego clashes. Now, in ‘Fuffad Ji’, those fights will get a new look and meaning with elder 'fuffad' and younger 'fuffad' as protagonists.

'Fuffad Ji' is written by Raju Verma and directed by Pankaj Batra. It is produced by Zee Studios and K Kumar.