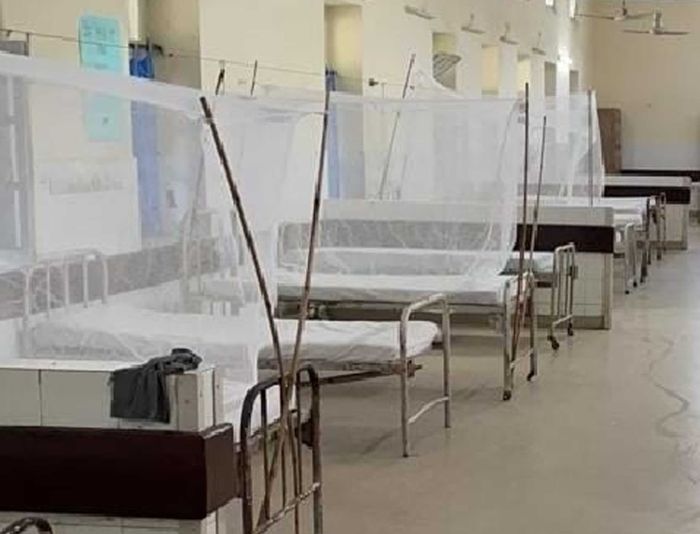 A dengue ward set up at Rajindra hospital in Patiala. Rajesh Sachar

With 151 cases being already reported, the deadly dengue has already spread its tentacles in the state. The recent rain had increased the pace of disease spread, said health officials.

No specialist at 3 civil hospitals

During the current season, around 4,866 dengue tests have already been conducted across the state. Sources said the state Health Department had alerted all districts to ramp up arrangements to tackle dengue. Besides, dengue wards have already been set up. The department said it had already identified dengue hotspots in each district and directed various stakeholders to stave off the breeding of larvae. The department said the rise in dengue cases in the southern part of the country was a wake up call for them.

Meanwhile, Dr Gagandeep Grover, state nodal officer, said the recent rain spell might increase the mosquito breeding sites. However, officials responsible for checking the breeding were already on the job, he claimed.

He said, “Currently, the rise in dengue cases is limited to only a few districts. However, it is likely to spill over to other districts after the recent spell of rain.”