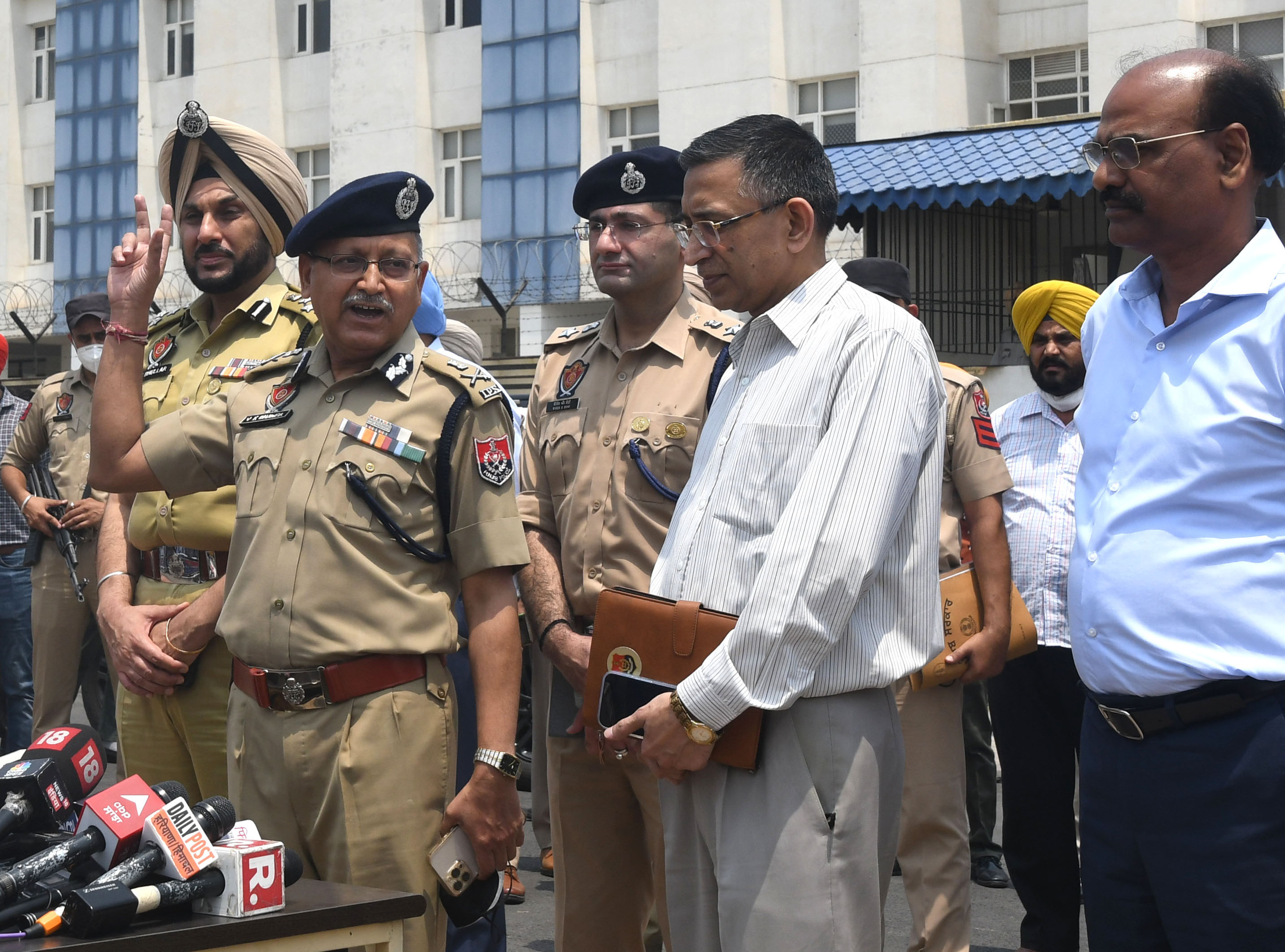 The Punjab Police have reportedly detained two persons in connection with the yesterday’s blast at the Intelligence Wing Headquarters in Mohali.

Will ensure strict punishment to accused

Culprits will be soon brought to book and handed an exemplary punishment. Bhagwant Mann, Chief Minister

They recovered a Russian rocket launcher used in the attack from a plot on the old Sohana road less than 1 km from the blast site. “All leads are being pursued. A number of suspects have been detained and being questioned,” the police said.

Terming the incident “a big challenge”, DGP VK Bhawra said TNT (trinitrotoluene) explosive was used. “We have got strong leads and hope to crack the case soon,” he said. An official said it was suspected that Pakistan-based gangster-turned-terrorist Harwinder Singh, alias Rinda, was the mastermind.

“He is using his network of criminals for smuggling drugs and weapons into the state and carrying out attacks,” the official said. Sources said the police and Intelligence teams had fanned out in the region in pursuit of the accused. Officials said attempts were being made to smuggle weapons from across the border using drones. The police recently recovered nearly 10 kg of RDX from various locations. Teams of the National Investigation Agency (NIA) and Intelligence Bureau, besides others inspected the site unofficially.

The sources said the accused seemed to have travelled to the site in a white car. A rocket-propelled grenade (RPG) was fired from outside the street which reached the third floor of the building but didn’t explode, damaging only glass doors, window panes, some furniture and computers.

After the incident, the car-borne suspects took the Airport Road and fled towards Ambala after crossing the Dappar toll plaza, said police sources.

As the building doesn’t have any CCTV cameras, the police are trying to gather CCTV footage of the nearby area. The sources said one of the suspects was brought to Mohali from Ambala for questioning.