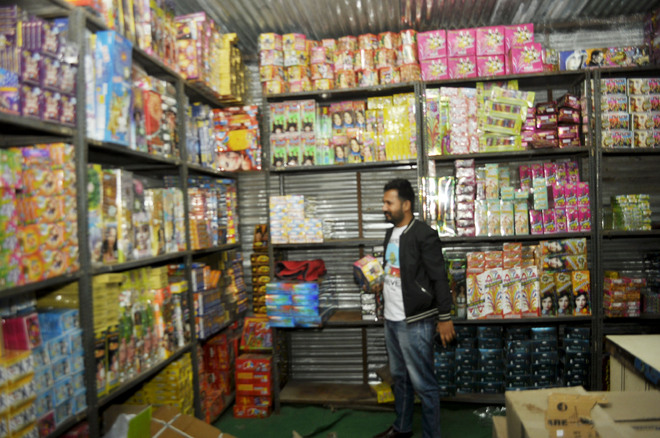 The Punjab Government today announced a two-hour window for the use of green firecrackers on Diwali and Gurpurb across the state, barring Mandi Gobindgarh town. The fireworks timing has been restricted to 35 minutes on the Christmas Eve in the state.

A complete ban has been imposed in the industrial town of Mandi Gobindgarh from November 9-10 to November 30-December 1 midnight on account of its poor air quality index (AQI) levels.

The announcement is contrary to the National Green Tribunal (NGT) directions that call for a complete ban on the sale or use of all kinds of firecrackers in cities that had poor average ambient air quality levels during November last year. Four major towns — Amritsar, Jalandhar, Khanna and Ludhiana — that fall in the “poor” air quality category classified by the NGT have been spared from a total ban, as per the orders issued by Chief Minister Capt Amarinder Singh today.

The state government said only green crackers would be allowed in compliance with the NGT directives as well as various judicial orders passed amid reports of firecrackers likely to aggravate the Covid-19 problem.

Muktsar: The district police on Tuesday conducted a drive in some busy markets to prevent illegal sale of firecrackers. However, a number of shopkeepers got the information in advance and rolled down the shutters before the police arrived. Meanwhile, the fire safety office has written to the SDM, expressing its inability to deal with the sale in narrow markets. TNS

The Chief Minister has asked DGP Dinkar Gupta to ensure strict compliance of the restrictions and initiate penal action against offenders as per the law.

Government officials said since the state had been hit hard first by the pandemic and then the farmers’ agitation, the sale and use of green crackers would boost the economy and help the cracker industry, worth over Rs 200 crore.

Kurali, one of region’s biggest cracker sale hubs, sees a business of nearly Rs 8 crore every year. Till last evening, the Department of Science, Technology and Environment had been contemplating implementation of the NGT orders in the four cities.