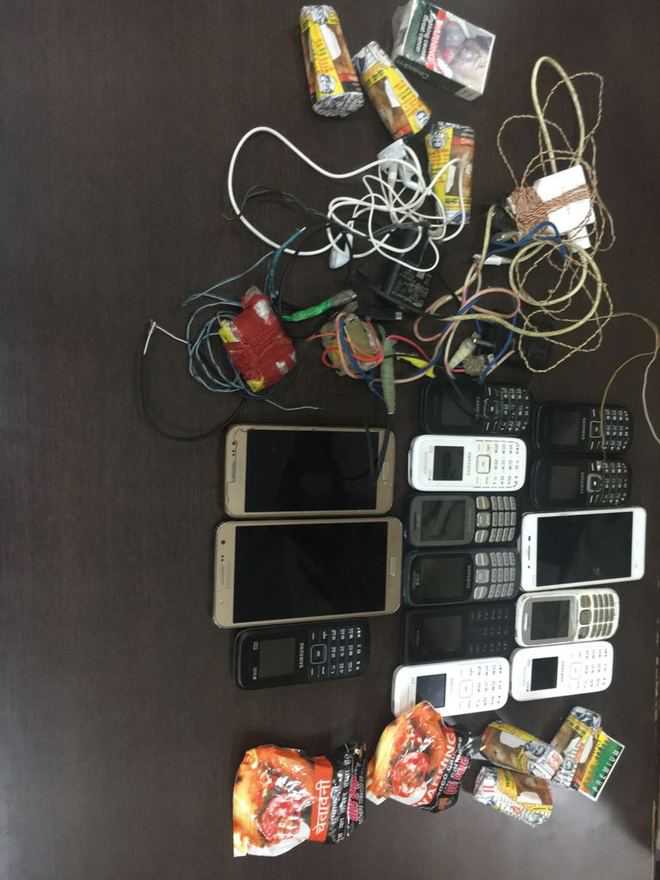 The Ferozepur police today handed over more than two hundred mobile phones, which were either lost or stolen, to their owners. - File photo

The Ferozepur police today handed over more than two hundred mobile phones, which were either lost or stolen, to their owners.

SSP Kanwardeep Kaur said that acting upon the complaints received by the persons who had either lost their mobiles or had them stolen, the police had recovered around 216 mobile phones which were today handed over back to their owners.

Meanwhile, six mobile phones were recovered from the Central Jail in Ferozepur. Reporedly, during the checking of block 1 of ward 1, a mobile was seized from an undertrial, Sukhwinder Singh, while two mobile phones were seized from another undertrial, Surinder Singh. Three more mobiles were found lying around abandoned. The police have booked the suspects under section 52-A Prisons Act.

In another case, the police booked an undertrial, Sandeep Singh, and his sister Sunita Rani of Jalalabad for allegedly providing intoxicating powder to Sandeep during their meeting. Both of them have been booked under the Prisons Act and Sections 22, 61, 85 of the NDPS Act.