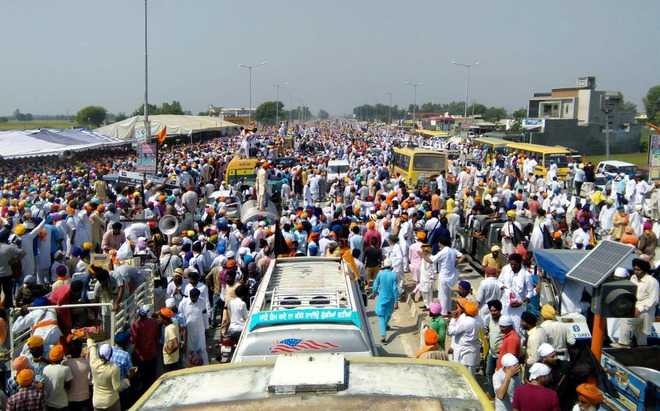 Protests had erupted in the state after the incident. File Photo

In its final report, the Punjab Police’s Special Investigation Team (SIT) has made several damning statements on the earlier CBI investigation into three main sacrilege cases of 2015.

The police report said the CBI had overlooked certain important aspects which were relevant for proper investigation and subsequent conclusions.

In its closure report in 2019, the CBI had given a clean chit to the Dera Sacha Sauda and its followers.

The SIT report made public today said the CBI, in its closure report, observed that nothing suspicious could be found from the mobile dump data and the call detail records (CDR) of the accused. The SIT said it should not have been a ground to give a clean chit to the accused.

The report further said the CBI had failed to deeply investigate the matter regarding the CCTV footage available on the record showing the movement of Maruti A-Star car (used in the crime) by the accused.

The report said the CBI had observed that despite their extensive efforts, no person came forward with any credible information regarding the cases. On the other hand, during the investigation conducted by the SIT, the witnesses who came forward with the information related to these three cases have categorically claimed that they tried approaching the CBI, but it didn’t listen to them nor recorded their statements.

As per the CBI’s closure report, finger prints and specimens handwriting of 49 persons were collected during the investigation. The report further said of 49 persons, the Central Forensic Science Laboratory report was received pertaining to only 10 persons. “So, without waiting for the report of remaining 39 persons, the CBI hurriedly prepared the closure report and filed it in the CBI court at Mohali,” the report said.

The report stressed that the CBI had overlooked a very important fact that the alleged posters were written with “marker” but the handwriting samples of the accused were taken for forensic analysis using a “regular pen”.