220 Guru Granth Sahib 'saroops' to be airlifted to Australia : The Tribune India

220 Guru Granth Sahib 'saroops' to be airlifted to Australia 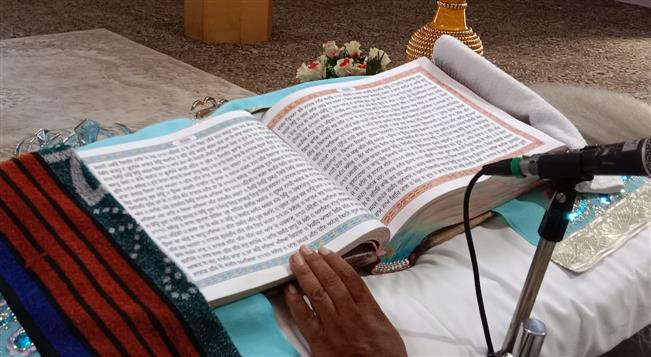 The ‘saroops’ of Guru Granth Sahib can only be transported overseas by a chartered plane while observing the Sikh maryada (code of conduct). Following the Akal Takht’s directions in this regard, the SGPC has approved the demand for 220 ‘saroops’ by the ‘sangat’ of Guru Nanak Darbar, Victoria in Australia. Devotees have been asked to arrange chartered flight for sending ‘saroops’ to Australia.

Confirming this, the SGPC president, Harjinder Singh Dhami, said the ‘saroops’ would be sent as and when the Australian devotees would arrange a chartered flight.

“Their demand was placed before the SGPC executive, which has given its nod. We are going to send a resolution of the meeting to devotees in Australia, so that they could make the requisite arrangements for the chartered plane,” he said. There are only two facilities for printing Guru Granth Sahib in India. One is in Amritsar, run by the SGPC, and the other is in Delhi, managed by the Delhi Sikh Gurdwara Management Committee.