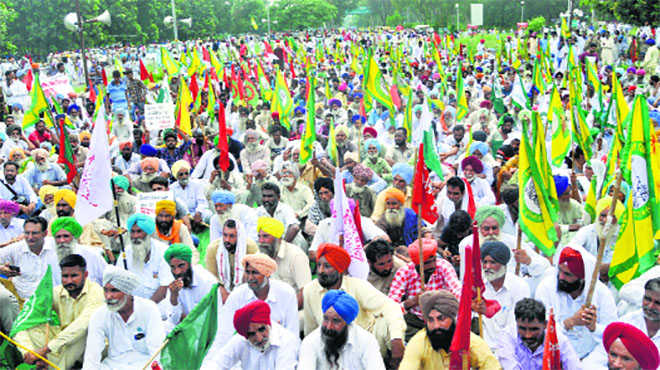 Around 3 lakh farmers are set to leave for Delhi from Punjab today, as part of their “Delhi Chalo” protest against the three farm laws passed by Parliament.

The farmers owing allegiance to 33 organisations are part of the United Farmers Front, an umbrella body of 472 farmer unions that will participate in the protest on November 26-27.

The attempt by the BJP-led Centre to schedule the second round of talks with the protesting unions on December 3, has failed to cut much ice with Punjab farmers.

The farmers will begin their march to Delhi tomorrow morning. Heavy police deployment has been made on all roads leading to Delhi through Haryana. Trucks carrying rations for farmers are already being denied passage through the BJP-ruled state. Farmer unions are prepared to stage indefinite dharnas wherever they are stopped.