3 yrs on, CBI vs Bibi Jagir Kaur case yet to be heard : The Tribune India

3 yrs on, CBI vs Bibi Jagir Kaur case yet to be heard 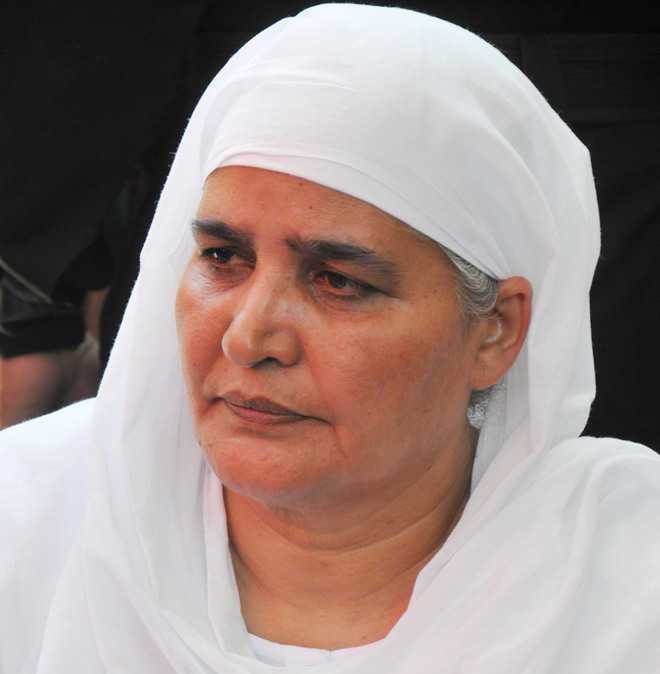 Kamaljeet Singh was 21 years old when he lost the love of his life. He spent the next 22 years waiting for justice. “I want closure now. I don’t want to wait for another 22 years,” he says.

I don’t want to wait for another 22 years till Supreme Court decides the matter. Kamaljeet Singh, Complainant

The case has dragged on. It has sabotaged my political career. The trial must end. — Bibi Jagir Kaur, ex-Chief, SGPC

After the acquittal of Bibi Jagir Kaur, Dalwinder Kaur Dhesi and others in the Harpreet Kaur abduction and death case by the Punjab and Haryana High Court in December 2018, Kamaljeet and the CBI moved the Supreme Court in 2019. The case — CBI vs Bibi Jagir Kaur and Others — is yet to come up for hearing.

The case dates back to 1999, when Bibi’s daughter Harpreet Kaur and Kamaljeet, who hailed from the same village (Begowal), reportedly fell in love and got “secretly engaged”. Bibi, then Cabinet minister and SGPC president, was against their relationship.

Harpreet got pregnant and as per the CBI, the pregnancy was illegally terminated at Dhesi’s house in Phagwara. Harpreet later died and was allegedly cremated in a hurried manner.

Kamaljeet approached the High Court, which handed over the case to the CBI and after 12 years, it led to the conviction of Bibi and her aides, including personal security officer Nishan Singh, Paramjit Singh Raipur and Dhesi. They were awarded five years in prison for conspiring to cause Harpreet’s miscarriage. In December 2018, the High Court acquitted all of them.

Kamaljeet wants an early hearing on his Special Leave Petition. Even Bibi has moved an application seeking an early hearing in the case. She says the case has sabotaged her political career.

“I was the SGPC president when the case was registered. I was sworn in as a minister just 12 days before I was convicted. The case has no basis,” she says.