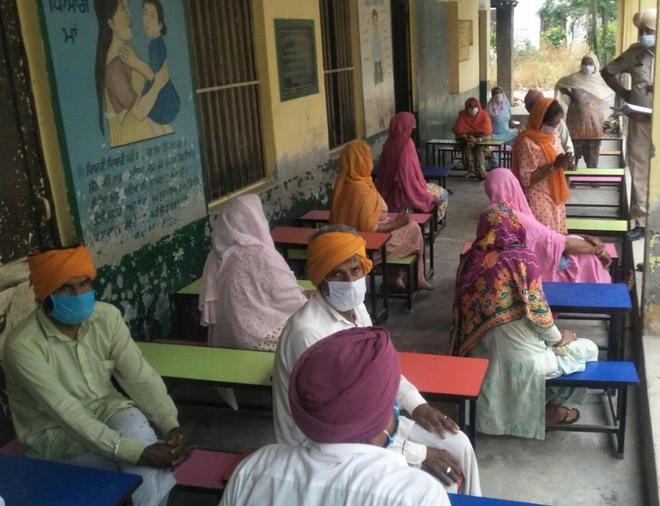 Pilgrims put under quarantine at a government school in Sandhwan village of Faridkot.

Punjab’s efforts to fight the pandemic seem to have suffered a setback with pilgrims returning from Hazur Sahib in Maharashtra accounting for over 300 cases — almost half of the the total 772 cases in the state.

Those in the first batch were reportedly sent home without undergoing any test. Later, eight were found infected. Subsequently, the state government called them back for testing. But the harm was already done.

At least 300 pilgrims have tested positive in the past three days. Amritsar district, after the arrival of the pilgrims, reported 40 cases on May 1. According to Cabinet Minister OP Soni, over 500 pilgrims have been tested so far. — TNS