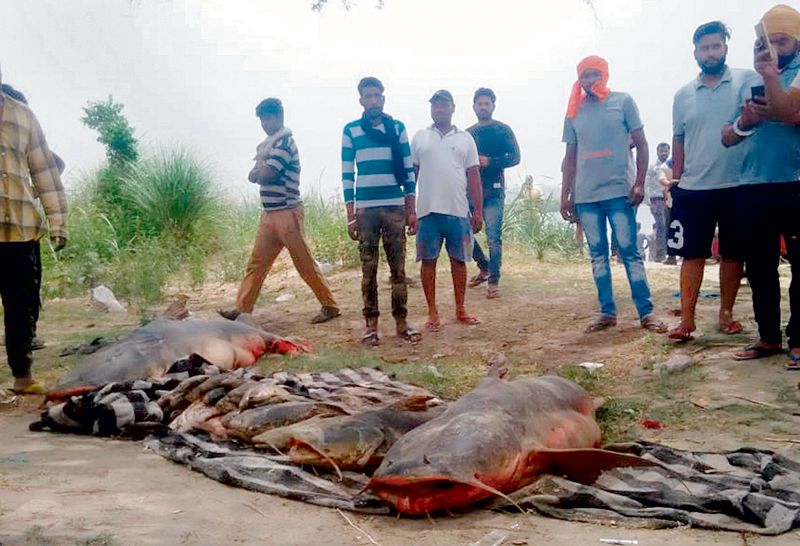 The dead fish taken out from the Beas. - File photo

Four years ago, a man-made catastrophe almost ended aquatic wildlife in the Beas, and spread pollutants to almost three states. However, the state is “yet to collect the complete fine amount from the erring mill”.

The PPCB claimed the water category of the river had reached “B” category and its teams were working to ensure its complete rejuvenation.

Cheques of the pending amount have been received. We will release the money to departments concerned. Karunesh Garg, Member-Secretary, PPCB

Instead of collecting the entire amount, the PPCB allowed instalments, which are still pending. Top official

A large number of fish were found dead in the Beas on May 17, 2018, following which a mill at Kiri Afghana in Gurdaspur was sealed. On May 24, 2018, the then Punjab Government imposed a fine of Rs 5 crore on the mill, blaming it for an “environment catastrophe of a very high level”.

The amount was to be deposited with the state and utilised for conservation and restoration of ecology of Beas, including rejuvenation of aquatic life.

Sources said PPCB officials allegedly under the government pressure allowed the mill to pay the fine in instalments. “These are still pending. The same officers continue to deal with the issue without facing any action or transfer,” said a top official privy to the issue.

In the official order, the then PPCB chairman KS Pannu had said, “After hearing, the matter, it is held that an environment catastrophe of a very high level has occurred due to the spillage of molasses from the mill into the Beas, leading to killing of large number of fish of various species.”

PPCB member-secretary Karunesh Garg said Rs 3.53 crore deposited by the erring mill had been utilised and the water quality of the river fell into the “B” class from the earlier “C” category.