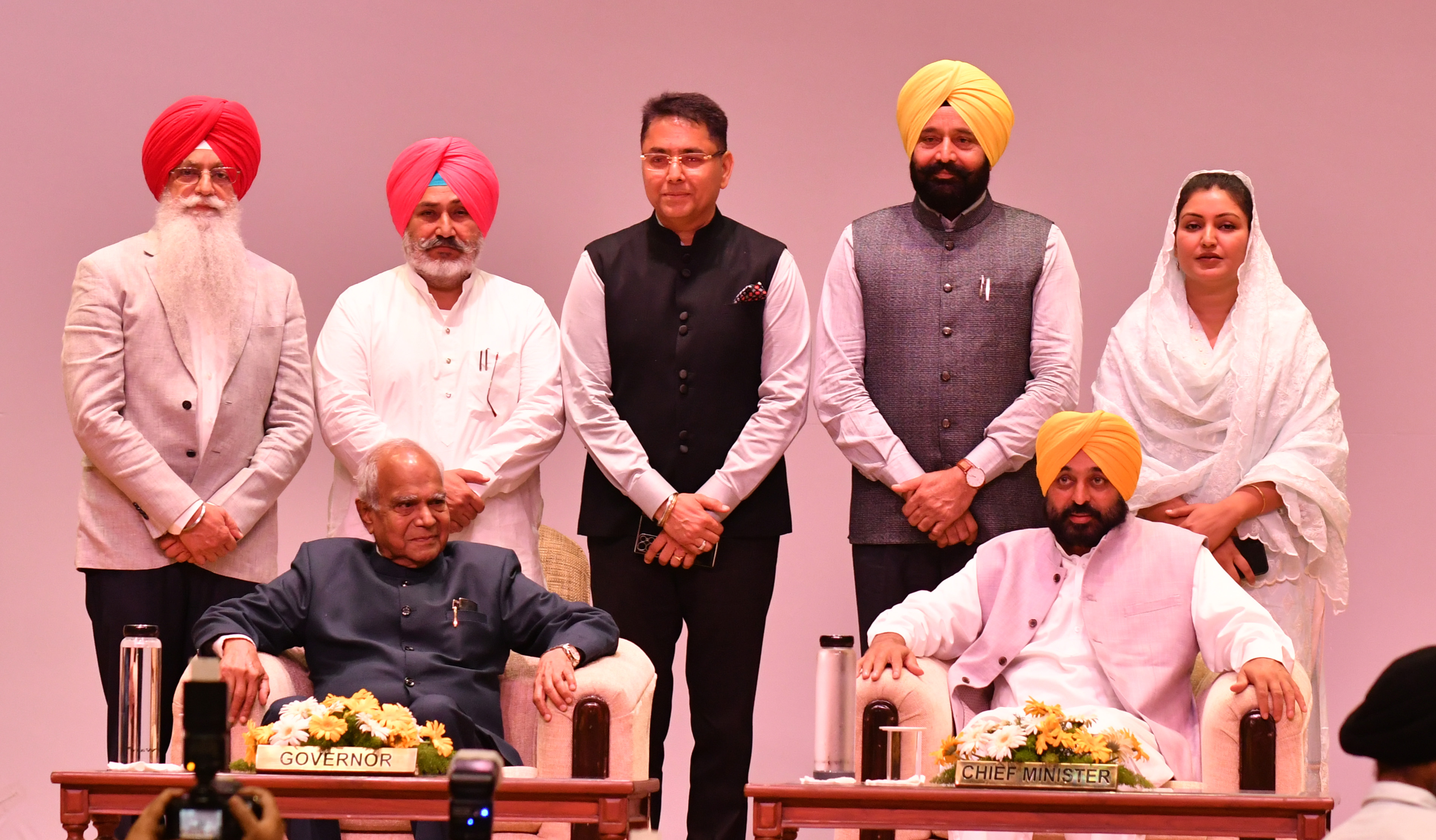 Five legislators were inducted as ministers in the Punjab Government today with Chief Minister Bhagwant Mann expanding his Cabinet for the first time after the Aam Aadmi Party (AAP) stormed to power over three months ago.

The new ministers would be allocated their portfolios in a day or two, the CM said. The Punjab Cabinet now has 15 ministers, including the Chief Minister. It can have a maximum 18 ministers. Among the new ministers, Nijjar is from Majha while the rest are from Malwa. In the earlier list of 10 ministers, there was only one face from Doaba (Brahm Shankar Jimpa) while five were from Malwa and four from Majha. The Malwa belt now accounts for nine berths in the council of ministers.

Nijjar, Jouramajra and Anmol Gagan are Jat Sikhs, Fauja Singh is a Rai Sikh while Arora is a Hindu-Khatri. The earlier ministers included one woman (Baljit Kaur), four from the Scheduled Caste category and two Hindus, including Dr Vijay Singla, who was sacked following corruption allegations.

Much against people’s expectations, Arora was left out when the first Cabinet team was inducted. He is a legislator who comes armed with facts and figures to argue his case in the House. Dr Nijjar represents a strong voice of the Sikhs in his capacity as the president of the Chief Khalsa Diwan. Kharar MLA Anmol’s name came as a surprise pick. She had shot to limelight after remaining in the forefront during party activities even before the poll campaign had started. She continued to be an important AAP voice even later. Sarari, a retired cop, had shown mass appeal in convincing people about the “failed” political system in the state. He represents the Ferozepur belt.

“The expansion is not a sudden development. Our ministers are already overburdened. For example, the CM has about 25 portfolios. There are ministers who have five or more portfolios. As far as Doaba region is concerned, it has been given due representation with the post of Deputy Speaker (Jai Krishan Singh Rouri) and a ministerial berth (Jimpa),” a top party functionary said.

All the new ministers took oath in Punjabi. Aman Arora was the first to be sworn-in, followed by Nijjar, Fauja Singh, Chetan Singh and Anmol in the around 15-minute ceremony.

After the oath-taking when the newly sworn-in ministers were walking back to their seats, Chief Minister Bhagwant Mann hugged Aman Arora and blessed Anmol Gagan by moving his hand over her head. He shook hands with the remaining three. — TNS

A top party functionary says the expansion is not a sudden development. “Our ministers are already overburdened,” he adds.