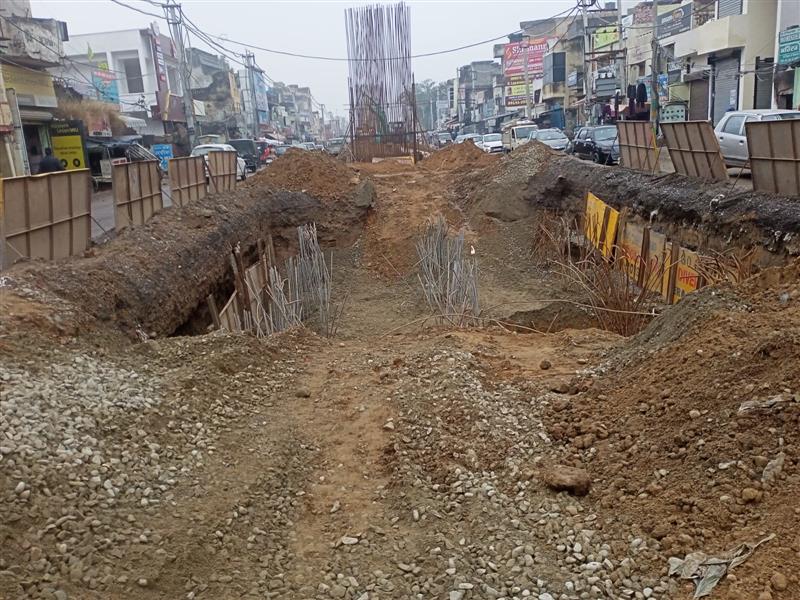 A slow pace of construction work of a flyover on Jalandhar-Hoshiarpur road, a dysfunctional bus stand, an inefficient waste management syatem, traffic snarl-ups, etc., are some of the major problems plaguing the constituency. Residents here rue that they have been reaching out to the authorities concerned, but to no avail.

The constituency has been a SAD stronghold since 2007. Sitting MLA Pawan Kumar Tinu won the seat in 2012 and 2017, while Sarbjit Singh Makkar won it in 2007. The Congress last won from here in 2002, when Kanwaljit Singh Lally became the MLA.

“The never-ending construction of the flyover has become a pain. Ever since the project was initiated in December 2016, the life of people living in and around the site have been crippled. We are forced to commute on a dilapidated road from the main Adampur market. The chaos on the road has hit the local trade hard, but who cares?” says Harbans Kaur, a resident.

Joginder Singh, another resident, says the bus stand has been lying dysfunctional ever since it was constructed in 2017. He adds the infrastructure is going to waste; the premises are being used by private taxi drivers, while the buses pick passengers from the roads. “We don’t understand why this bus stand was built, when the government has no plans to open it to the public. It’s a sheer waste of public funds. Why the incumbent MLA hasn’t taken up the matter and got it operational in all these years?” he says.

“The inefficient garbage collection system has made it hard to move around the city, with the foul smell emanating from the piles of waste. The situation gets worse during rains, as garbage along with sewage and rainwater enters our houses”, says Rakesh Aggarwal, who runs a sweets shop in Adampur market.