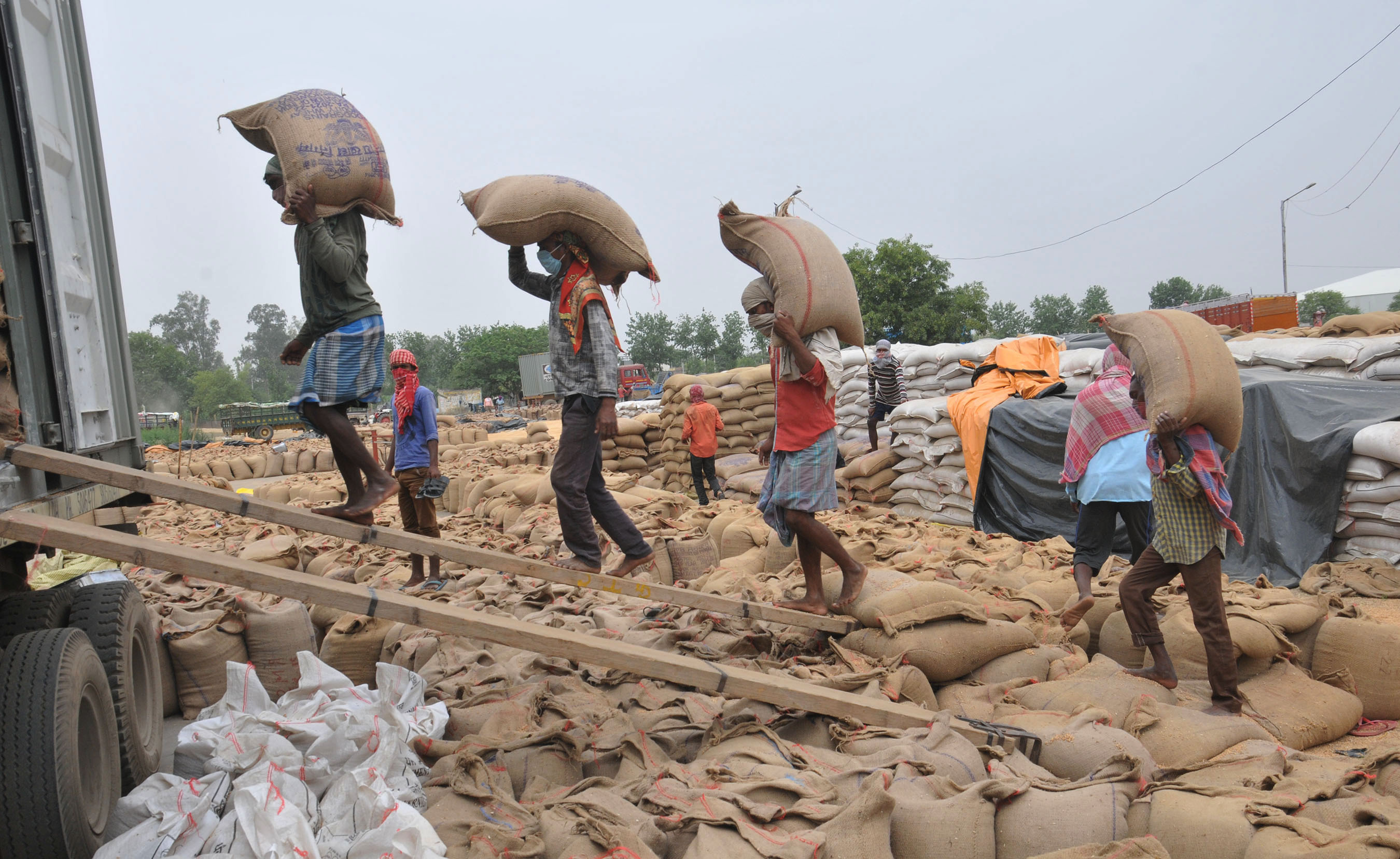 Over 43 lakh metric tonne wheat remains unlifted in the 2,300-odd mandis of Punjab. This is almost 53 per cent of the total wheat purchased by different government agencies, including the Food Corporation of India.

Yet to be picked

To be shifted soon

The pace of lifting is almost similar to past years. Within a few days, the entire stock will be lifted and shifted to godowns. Abhinav Trikha, Director, Food and supplies, Punjab

Information gathered by The Tribune shows the main reason for the tardy lifting of grain is that the contracts for transportation and labour were allotted during the term of the previous government, often to contractors who did not have the requisite number of trucks or labour for the job. In the three districts, the problem of slow lifting is reportedly because of contracts being awarded to “incompetent” persons, a senior government official said.

Pungrain has the highest quantity of unlifted grain (12.37 LMT), followed by Markfed (11.51 LMT) and Punsup (10.37 LMT). Officials in the state Food and Supplies Department have told The Tribune the market arrivals are fast outpacing lifting, because harvest is mechanised and done in short span, while cleaning, lifting and unloading in godowns are all done manually.

“Every year, there are a few days when there is a glut in mandis. If we compare the operations with last year, the pace of lifting this year is almost similar. Within a few days, the entire stock will be lifted and shifted to godowns,” said Abhinav Trikha, Director, Food and Supplies, Punjab. He added local problems in most mandis had been resolved.

Another reason for the tardy lifting is the inability to the FCI to accept shrivelled and shrunken grain beyond the permissible. As a result, the central food agency, though buying the wheat, is not lifting it from mandis. It is yet to lift 2.24 LMT grain it has purchased so far.

“We are waiting for the Ministry of Consumer Affairs, Food and Public Distribution to take a call on relaxing specifications, following which we will lift the grain. Even the direct delivery of wheat to the FCI is stalled till this issue is resolved,” a senior officer in FCI told The Tribune.