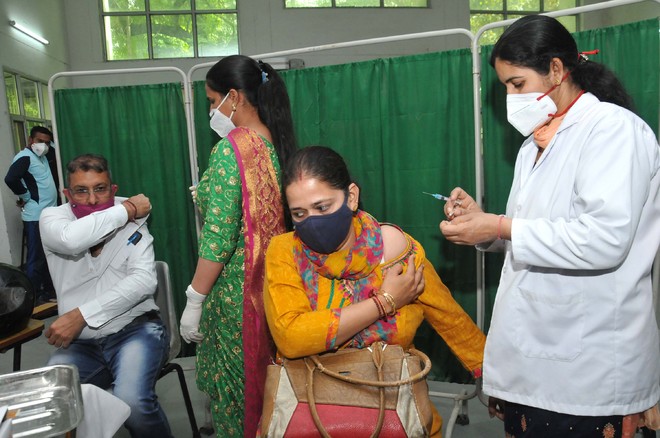 Of the new deaths, Ludhiana recorded 10 fatalities, followed by Jalandhar and Hoshiarpur with eight fatalities each, the bulletin said.

A total of 2,155 coronavirus patients were discharged after recovering from infection, taking the overall recoveries to 2,01,127, as per bulletin.

A total of 36 critical patients are on ventilator support and 316 are on oxygen support, it said.

A total of 58,48,083 samples have been collected for testing so far in the state, the bulletin said.

He further said the vaccine will also be made available for everybody above the age of 45 years without any condition at all government health centres from April 1.

In a statement, Sidhu said nearly 7 lakh people in the state have been vaccinated so far.

He further said vaccination is being carried out in government health facilities on all the seven days of the week.

On Saturday, the union territory had recorded 294 new cases.

The death of three more persons took the toll to 377, according to the medical bulletin.

A total of 192 patients were discharged after they recovered from the infection, taking the number of cured people to 23,184, the bulletin said.