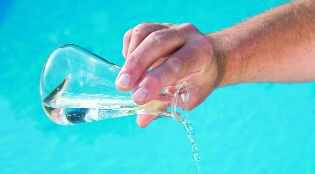 Of the 24 water samples collected by the Health Department from various government schools and waterworks in the district in August, 10 have failed the potability test.

Notably, all these schools and waterworks are in Malout subdivision. After getting the report, the Health Department has now written to the departments concerned to change the water source immediately.

Sources said the water samples were collected from taps and had bacterial contamination. Further, the waterworks of Alamwala, Raniwala and Sikhwala villages, too, have failed to clear the potability test.

Notably, the water samples are sent to the State Public Health Laboratory at Kharar for testing.

Dr Ranju Singla, Chief Medical Officer (CMO), Muktsar, said: “Our teams randomly collect water samples. After getting the test reports, we immediately ask the departments concerned to change their source of water. Further, chlorination is recommended for the water source.”