Rs 17,495 crore in Punjab and Rs 9268.24 crore in Haryana has been transferred directly into farmers’ accounts 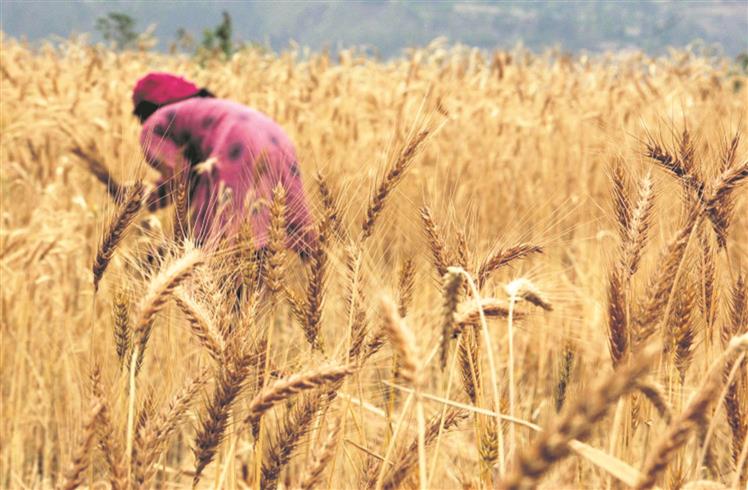 The government on Monday said that approximately 70 per cent more wheat has been procured for the central pool in the current Rabi Marketing Season as compared to the corresponding period of last year.

"Wheat procurement is going on a brisk pace in procuring States/UTs of Punjab, Haryana, Uttar Pradesh, Chandigarh, Madhya Pradesh, and Rajasthan. Over 292.52 LMT has been procured up to May 2. This is an increase of approximately 70 % against the last year corresponding purchase of 171.53 LMT," the Ministry of Consumer Affairs, Food and Public Distribution.

"The Government is continuing to procure Rabi crops at MSP from farmers as per existing Price Support Scheme. About Rs 17,495 crore has already been transferred directly into accounts of farmers of Punjab," officials said.