'8 Raflan': Punjabi singer Mankirt Aulakh accused of ‘defaming legal profession through his songs; case filed against him in Chandigarh court : The Tribune India

YouTube, Hungama and 16 others have also been named as defendants in the suit 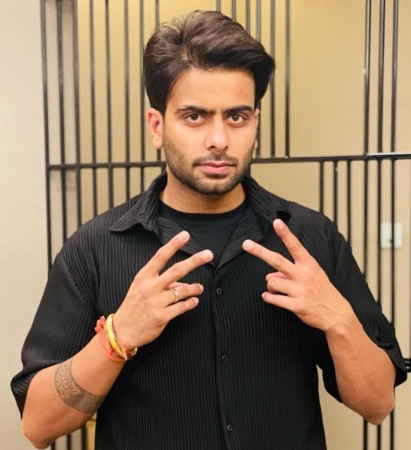 While seeking damages, the advocate has prayed for issuance of interim directions to the respondents for deleting the song and its lyrics from all the media, social sites and applications, during the pendency of the case.

YouTube, Hungama and 16 others have also been named as defendants in the suit.

Mallan alleged that the respondents created and played a song titled as “8 Raflan” in which the image of the legal community and advocates has been defamed.

He alleged that in the song abusive insulting and un-parliamentary words against the legal community have been used.

He said that a legal notice was also served to the singer and others, but the defendants have not removed the song from the market and the social media.

He said in the third paragraph of the song, Gurlez Akhtar said: “Chakki OhVakil Firde” (meaning that the advocates are so cheap, that anyone can will pick them as per their own choice and wish) and then Mankirt Aulakh sung “Oh Taan Sohniye Rafal De Khokhe”, which means that advocates are like used/blank shells of bullets, meaning thereby they are waste and useless and found thrown in dustbin).

He said this has caused mental tension as the image of legal fraternity has been tarnished before the public.

He said that the singer and others are liable to face prosecution under various sections of the IPC. He prayed that a decree of recovery of damages as assessed by the court on account of defamation initiated by the defendants be passed with interest @ 24% per annum and the defendants may be directed to pay the same jointly or severally to the plaintiff.

He also prayed that the respondents may be directed and implored to indemnify the legal fraternity by depositing all the money earned through the video/audio or any other means to “Advocate Welfare Fund”, in Bar Council of the Punjab and Haryana at Sector 37 in Chandigarh and suitable compensation to the complainant as a compensation and other legal expenses.